Wednesday, June 3
You are at:Home»News»Sarawak»Sarawak’s unity, harmony a model for others to emulate 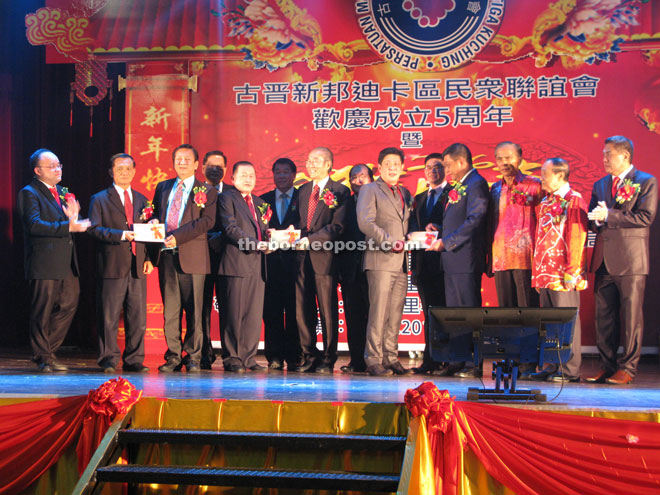 KUCHING: Sarawakians should work harder not only to ensure that the prevailing unity and harmony are preserved but also become a model for others.

“We have never experienced racial conflicts in Sarawak, unlike in West Malaysia. We are very fortunate and blessed to be able to live peacefully together despite our cultural, racial and religious differences,” he said at the association’s Chinese New Year dinner held at Christian Ecumenical Centre here on Tuesday.

“Incidents like the Red Shirt rally and the one at Low Yat Plaza are lessons for everyone, and Sarawakians should continue to set an example on unity and harmony.”

On the association, Wei Kiong said Feb 23, 2016, marked the fifth anniversary of Staca. Last year, the association formed its Youth and Women’s sections.

He said he was happy Staca had done its bit for its members and community, especially in terms of welfare and education.

Also present at the dinner was Kapitan Lau Sie Lok.