Saturday, July 11
You are at:Home»News»Sarawak»Four to spend 10 days in Georgia under TCS exchange programme 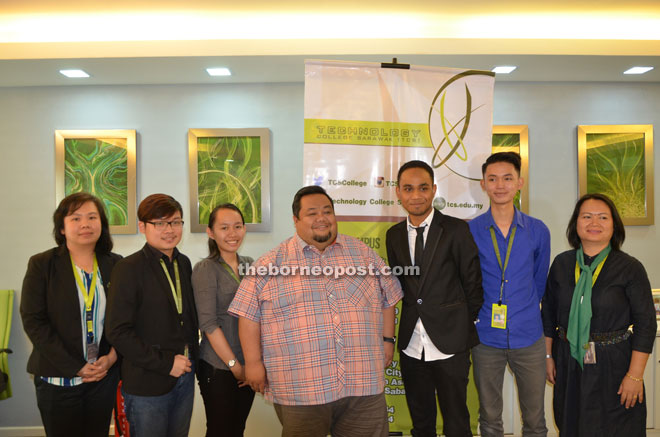 Its chief executive Azri Nor Abdul Rahman said the programme called ‘Paint The World’ was aimed at giving the students the experience of a foreign culture and to enhance their soft skills.

“It is also meant to introduce Sarawak and TCS to the world as the students will be participating in Georgia Project Week 2016,” he told reporters at their campus here yesterday.

“The project includes charity work, community services and any kind of work to benefit humanity and the environment,” he added.

Azri Nor also said apart from the student exchange programme the four students were expected to meet Georgian ministers to showcase Sarawak traditional costumes which would be shown live on Georgian Television.

“We want to expose our students, enhance their voluntary work and make people happy.

“In the past ‘Paint the World’ programme brought joy to all people from all walks of life. We want to create a sense of empathy for our young people and TCS students.

“If you make people happy they will make others happy and these will cause a ripple effect,” he said.

He also said TCS which pride itself in educating their students and build their soft skills would be able to contribute to the future development of the state.

One of the TCS students who will lead the exchange programme, Allaister Vyner Teoh, thanked the college for giving him the opportunity to go to Georgia with fellow students namely Janet Wee, Mohammad Khairurani and Mohd Nazreen Hussain.

“We hope to learn an entire different culture in Georgia and to take the opportunity to introduce Sarawak’s culture to the people there,” he said.

The four students will depart for Tbilisi on March 10.

The exchange student programme is sponsored by TCS.

‘Paint the World’ is a movement founded by Lika Torikashvii of Georgia in 2012 and was introduced in Malaysia by Aziza Aznizan from Miri who studied in the United Kingdom.