Saturday, August 15
You are at:Home»News»Sarawak»MP loses pistol and RM30,000 cash 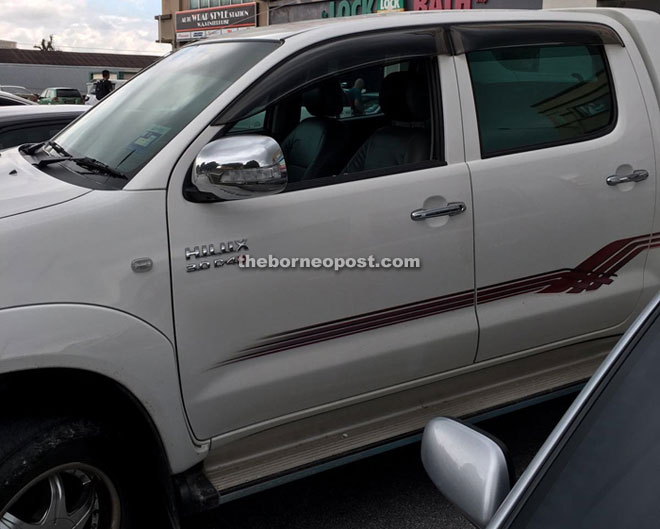 The MP’s pickup truck at the scene of the crime. 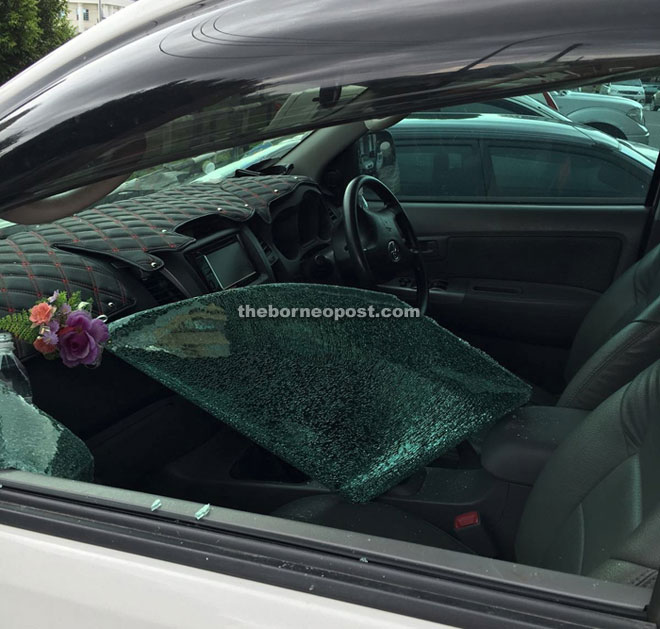 KUCHING: Thieves stole a pistol and RM30,000 belonging to a member of parliament after breaking into his pickup truck at Mile 3 yesterday afternoon.

The Parliamentarian had left his pickup truck with the pistol and cash inside, at a parking bay of a commercial shoplot and when he returned to his vehicle he saw the front passenger window had been smashed.

Padawan district police chief Supt Ng Ah Lek, who confirmed the incident, said the perpetrators escaped with a bag containing the MP’s Browning pistol and an envelope with RM30,000 inside.

“The MP had withdrawn the cash at a bank at Mile 7 for personal use and placed the cash inside an envelope, which he then put into his bag which also contained his black Browning pistol.

“The bag was then left on the front passenger seat as the MP headed to a shop at Mile 3 to purchase gardening tools,” said Ng, adding the MP returned to his vehicle less than 10 minutes later to discover the smashed window and missing bag.

A witness later told police that two men on a green Modenas motorcycle were spotted behaving in a suspicious manner at a nearby auto accessories shop just prior to the incident.

“The pillion rider approached the pickup truck, which was blocked by other vehicles, and was seen running back to his accomplice less than a minute later before both sped off from the scene,” said Ng.

He also said the witness believed the pair to be of Chinese descent based on their features and looked to be in their 30s. Investigation is ongoing as police seek to track down the perpetrators.