Friday, August 19
You are at:Home»News»Sarawak»Two motorcyclists die in collision 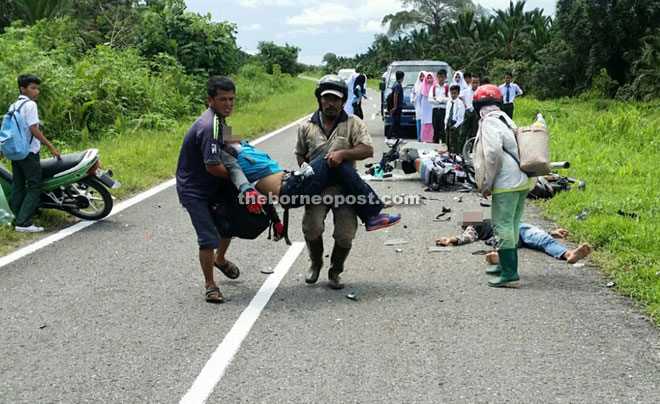 Members of the public carry the remains of one of the victims.

PUSA: Two motorcyclists died in a collision between them at Kampung Tambak near here yesterday.

They have been identified as Abang Sahril Abang Sabak from Kampung Tengah Tambak and Shahrol Rashid from Kampung Hulu Tambak, both in their 20s.

Both motorcycles of the same brand were also badly damaged due to the impact.

Betong police chief DSP Mohd Fahdil Antum Abdullah said one of them died on the spot while the other was pronounced dead at Pusa village clinic.

A pillion rider of one of the motorcycles suffered injuries and had to be sent to the hospital in Betong, he added.

The remains of the duo were also sent to the same hospital for a post mortem.