Tuesday, September 27
You are at:Home»News»Sabah»National microfilm contest launched in Sabah 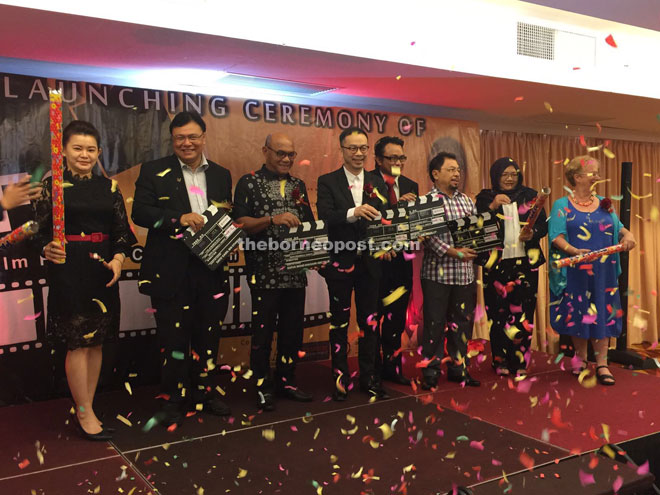 Its organizing chairman, Dato’ Mike Loh said the multiculturalism subject is the perfect inspiration to drive Malaysians, especially East Malaysians, to participate as well as portray their hidden creative talents through MMFC and, subsequently break barriers of apprehension against the creative industry.

“The reason why we from West Malaysia come here to launch this is because we want to encourage more Sabah and Sarawak people to be involved in the filming production,” said Loh, who is also Snips College of Creative Arts (SCCA) CEO and founder.

“We start from the micro or short film, so that all the talented young people can use the creativity to turn it into a picture. More parents or the public will be accepting of their creative talents,

“Every day we see our children playing the gadgets but it is not in a proper way. We want to have this competition so that these people will be guided through the proper channel to transform the creativity into a usable material,” he emphasized at a press conference held in conjunction with the inaugural national level launch.

“I think Sabah is the best melting pot for the situation at this moment because there are various and diverse cultures, language, and songs but all under the Malaysian flag,” said Kamil, who officiated the ceremony.

“The government has plans to develop human capital in all industry sectors, and FINAS is entrusted to do so for the creative industry. Therefore, we fully support the competition because its objective is to unearth talent and, secondly, to seek inspirational ideas that will be generated by the younger generation,” added the director general, in reference to the Star Mode Entertainment organized event.

Kamil emphasized that creativity has great relevance in every industry globally especially in the sectors of the developing Malaysia.

‘Remember this is the creative industry and it is broad. For FINAS now, programs such as this is about film initially, but the creative mind can later be used in the other sectors. When you want to design a car tomorrow, don’t you use 3D interpretation of a motorcar? Before you build a house, you also need creativity,” he said.

“One of FINAS’ suggestions or wish is that competition winners, who show very strong multiculturalism aspect might be offered the fundings to make a short film. We can consider the competition as the opening curtains.

“FINAS has the government funds to help and we will support and assist winners with strong and solid ideas,” affirmed Kamil.

According to Loh, the competition consists of three main elements, namely the colour of Malaysia, its culture, and race, with the objective of showcasing special and unique culture through language, festivities, traditional costumes, food and such.

“This will be a very good topic to guide the Malaysian talents into transforming the whole thing into promoting Malaysia,” he said.

“The beautiful part of this is, the 15 finalists will attend a workshop in Kuala Lumpur, and be taught as well as guided by the top and award winning post production company in Taipei.

“They will give a workshop to the finalists to fine tune the final production of their microfilms,” he explained.

Star Mode Entertainment expects more than 100 entries from Malaysians, aged 16 to 32, nationwide to send in their applications by the closing date on April 21.

Loh said, entries should be two to 10 minutes long, including those for the special mobile phone category.

“They can use the mobile phone to produce the movie and send the entry, because everyone has a mobile phone now and we want them to transform the talent into filming,” he said.

Loh added, some 15 entries from Kuala Lumpur, Negeri Sembilan, Penang, Perak and such have already been submitted for the competition, which offer some RM45,000 worth of prizes that includes mobile phones, cameras, cash, vouchers and othes.

The gala finale will be held in a yet to be announced location in Kuala Lumpur, he said.