Wednesday, July 8
You are at:Home»News»Sarawak»Council slammed for alleged negligence in fatal incident 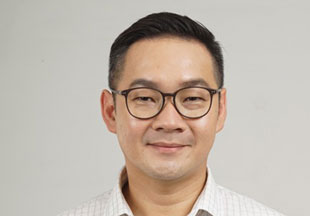 KUCHING: SUPP Pelawan has claimed that the local community strongly condemns the carelessness on the Sibu Municipal Council (SMC)’s part, which caused an accident that killed a Catholic nun here.

It is reported that a steam roller belonging to SMC was left on a lane at Datuk Teng Ching Hua Road after it broke down on Saturday.

Early next day, Rev Sister Barbara Kiu, 80, was on her way to the St Theresa’s Church in the area when she crashed into the stationary steam roller.

The woman was pronounced dead at 9.02am that day, having sustained serious chest and head injuries.

SUPP Pelawan secretary Michael Tiang, in a statement issued from Sibu on Tuesday said the local community had slammed the council for not taking proper measures in ensuring the safety of road users.

“I urge all victims involved in all accidents involving the stationary steam roller to lodge police reports, in facilitating their future claims against the council.

“I will be providing the necessary legal aid to the victims,” he said.

Tiang, who is SUPP’s potential candidate for Pelawan state constituency in the next election, said he regretted that such tragedy had happened when it could have been prevented — if only SMC had taken all necessary steps in ensuring employees strictly adhere to standard safety procedures at work.

“According to members of the public, a total of five accidents had occurred due to the presence of the stationary steam roller there,” said Tiang.

“However, only two were reported, as confirmed by police — one that resulted in Sister Barbara Kiu’s death and another earlier one involving a motorcyclist, who attained serious injuries when he crashed into the steam roller.”

Tiang believed that the cases signified a grave public negligence on SMC’s part.

“I urge the local authority to set up an independent inquiries committee to produce the outcome of the investigation as soon as possible. This is vital in compensating families of the victims.”

Tiang also stressed this incident would serve as a stern reminder to all local authorities to step up their safety standard with regard to public works.