Friday, December 3
You are at:Home»News»Sarawak»‘Most of RM2.5 bln owed to federal govt for rural projects’ 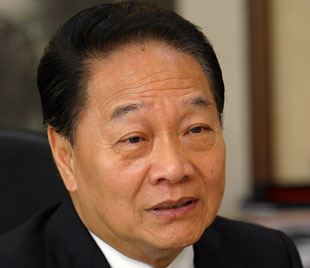 KUCHING: Sarawak’s total outstanding debt to the federal government which stands at RM2.5 billion is a soft loan, the bulk of which is used to provide basic facilities in the rural areas.

In disclosing this, Second Finance Minister Dato Sri Wong Soon Koh said it was a normal practice for state governments to apply for loans for development, apart from the usual allocations and grants given by the federal government.

“The total loan of RM2.5 billion was an accumulated amount provided by the federal government to the state government.

“It is in the form of soft loan with easy repayment terms, that is with lower interest rates as compared to commercial loans and long repayment tenure.

“The money from the soft loan has been utilised for productive purposes to support the much need economic development of the state.

“In the case of Sarawak, it is mainly for the implementation of water supply projects particularly rural water supply, development of industrial estates, oil palm plantations (smallholder schemes) and low cost housing for the low-income group,” he told The Borneo Post yesterday.

He said water supply projects for rural areas took the bulk of the soft loan.

“It is very common for two to three states in Peninsular Malaysia to share a water catchment area.

“But for Sarawak, the case is totally different due to Sarawak’s size which is almost equivalent to the whole of Peninsular Malaysia.

“Due to the vast geographical area and scattered rural communities, we need much more funds if we want to set up water supply facilities to meet the needs of isolated communities scattered in the rural areas across different parts of Sarawak.”

He said thus far, the state had a good loan repayment record with Putrajaya.

“In fact, in view of the disparity in the development gap between Sarawak and that in Peninsular Malaysia, we want more funding support from the federal government to accelerate or speed up our state’s economic development,” said Wong, who is also Local Government and Community Development Minister.

Wong was asked about the recent report in Parliament that Sarawak ranked third among the states which owed the federal government outstanding debts.

Pahang which topped the list has an outstanding debt of RM2.9 billion, Sabah RM2.6 billion and Sarawak RM2.5 billion.