Saturday, August 13
You are at:Home»World»Merkel ‘horrified’ by Brussels attacks, ‘determined to beat terror’ 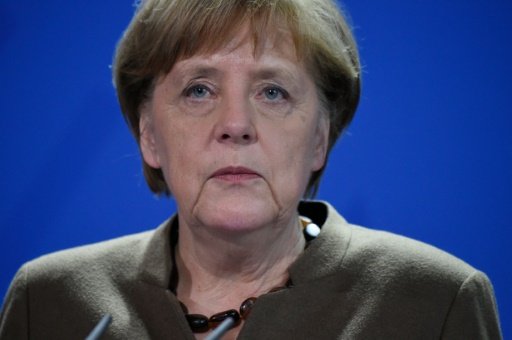 AFP | German Chancellor Angela Merkel makes a statement on the Brussels bombings at the chancellery in Berlin on March 22, 2016

BERLIN: Chancellor Angela Merkel said she was horrified by Tuesday’s deadly attacks in Brussels and vowed Germany’s help to “find, arrest and punish” the perpetrators.

“The horror is as boundless as the determination to defeat terrorism,” Merkel said, adding that she had expressed Germany’s “solidarity” in a phone call with Belgian Prime Minister Charles Michel.

“We will cooperate in every way with his government and with the Belgian security forces to find, arrest and punish those responsible for today’s crimes,” Merkel said.

“The murderers of Brussels are terrorists without any regard for the principles of humanity… The perpetrators are enemies of all values for which Europe stands today.” -AFP