Sunday, October 2
You are at:Home»News»Sarawak»Politics of threats, intimidation deplorable — Baru 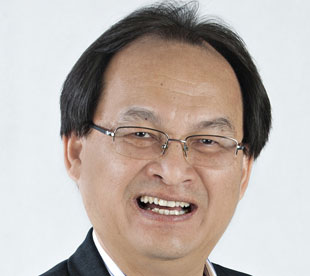 KUCHING: Baram MP Anyie Ngau should be embarrassed he has to resort to threaten the people to vote for Barisan Nasional (BN), says state PKR chairman Baru Bian.

Baru, who is Ba Kelalan assemblyman, was responding to Anyie’s statement during his visit to Long Kesseh, Baram that voting for the opposition would result in the villagers missing out on development through projects and grants
from the government.

Furthermore, he said Anyie should be even more embarassed for he did not have a clear understanding of the functions of a government in a true democracy

“The money for projects and grants that the MP is threatening to withhold belongs to the people, not to the BN. Every citizen contributes to the national coffer and to the Malaysian economy, and is entitled to equal treatment from the government.

“In case the MP does not know it, the Federal Constitution spells out in Article 8 that all persons are equal before the law. I would advise the MP to recall his oath of office to ‘preserve, protect and defend’ the Constitution and treat everyone equally with respect instead of issuing threats to the people he claims to serve.

“His behavior should be an embarrassment to the Chief Minister (Datuk Patinggi Tan Sri Adenan Satem) who has declared time and again that he is the ‘CM for all’,” Baru said in a press statement yesterday.

Instead of resorting to scare tactics, Baru said the MP should fall back on the track record of the BN representatives to persuade the people that the BN candidates were worthy of being elected again.

“Perhaps they have no track record to speak of. The MP was also making excuses for the lack of infrastructure and amenities after over 50 years of BN rule, blaming it on the geography and topography, and advising them to be patient.

“This is the typical BN modus operandi. Threaten them and then make them sweet promises. The people have been patient term-after-BN term and look where that has got them – still waiting for what has been promised over and over again.”

Baru believed that the people had realised the importance of having a strong opposition and of standing up for their rights, adding that the recent announcement of the revocation of the gazette extinguishing the native customary rights (NCR) of the lands for the Baram Dam was proof that people power worked.

“We should not forget that ministers, MPs and state assemblypersons are ‘but the servants of the people on whose goodwill and cooperation they are entirely dependent’. They are the ones who need the votes of the people and should refrain from threatening them.

“During the elections, there is no government, only political parties. “Those you label opposition may form the government one day. This is normal in a democracy where there is fairness and openness in the electoral system. In Malaysia, we may have to work harder to make it happen, but it is not an impossible task.”

Baru said the time was ripe to change and he urged Sarawakians to stand strong and reject threats, intimidation, scare tactics and the abundant but mostly empty promises of future ‘projects’ and grants.

“Sarawak’s standing as the third poorest state in Malaysia despite our wealth of natural resources speaks volumes about the 50 plus-year achievement of the BN government. Penang and Selangor have shown that opposition-run states are better governed than BN states.

“By voting opposition, Sarawakians have nothing to lose, but everything to gain.”