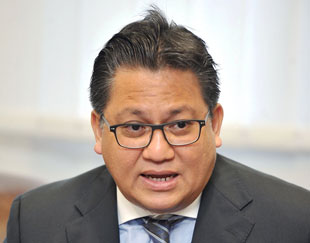 He said the ministry need not be informed on the barring of any individual entering the state as it was the right of the Sarawak Immigration Department.

“The Sarawak Immigration Act allows the state to make decisions on any ground. The law is absolute.

“The ministry is only responsible for the Immigration Act 1959/63 in the peninsula, while in Sabah and Sarawak, it is under the authority of the respective state government,” said Nur Jazlan at the Parliament lobby here yesterday.

He said Mat Sabu arrived at the Sibu Airport about 10.40am, and was stopped while going through immigration and told that it was on the orders of the Chief Minister’s Department.

“I was told there was no reason given by the immigration authorities who stopped him and directed Mat Sabu to return to the peninsula on the first flight back,” he said.

Commenting on the matter, Communications and Multimedia Minister Datuk Seri Dr Salleh Said Keruak said Sabah and Sarawak had certain autonomy, including the powers of the Immigration Department, and they were entitled to do so for specific reasons.

“This must be respected. We’re talking about autonomy, anything done most certainly, has its considerations, and is not merely politically motivated.

“If they block (someone from entering), for sure they would have a specific reason for doing so, which can only be answered by the state government,” he said. — Bernama

Previous ArticleWong asks voters to give him 5 more years to fulfil promises
Next Article Politics of threats, intimidation deplorable — Baru