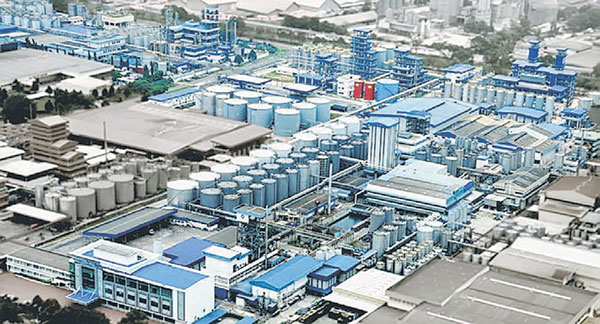 File photo shows IOI’s facilities in Johor Bahru. Analysts view this update as a potential downside risk to IOI as the suspension of RSPO certification would impact its downstream operation.

Yesterday, the stock closed at RM4.80, representing a dip of 16 sen or 3.23 per cent during day trade. A volume of 9.9 million shares exchanged hands.

According to Bloomberg, the RSPO Complaint Panel said it will recommend RSPO Board of Governors to suspend IOI Corp’s RSPO certification until an action plan has been submitted and accepted by RSPO and Peer Review of the HCV assessments has been performed.

To recap, IOI was alleged for non-compliance with some of RSPO’s rules on possessing environmental permits, clearing fragile land in Indonesia.

Hong Leong Investment Bank Bhd (HLIB Research) viewed this as a potential downside risk to IOI as the suspension of RSPO certification would impact its downstream operation.

“Its customers, especially those in EU and the US, might switch to other suppliers in order to comply with their sustainability policies,” it highlighted in a note yesterday.

IOI’s downstream operation accounted for about 30 per cent of its total FY15 operating profit.

“We understand that IOI will submit its action plan to RSPO within the next two weeks.

“It is also seeking for clarification on the scope of suspension whether it applies to the group as a whole or only applicable to the certification of new developments.

“Nevertheless, the RSPO board is expected to make a decision regarding this issue in next few weeks.”

This capacity approximates 96 per cent of IOI’s FY6/15 CPO output.

“We believe IOI will not deliberately run afoul of RSPO principles.

“Nonetheless, a temporarily suspension may disrupt operations as we understand a group wide enforcement means that IOI cannot claim to produce or sell CSPO products during the suspension period,” it expressed in a separate note.

Maybank IB Research further said multinational corporations may not view the suspension favourably even though IOI is also certified by the International Sustainability and Carbon Certification.

This led the firm to downgrade IOI to a hold call given limited upside to its target price of RM4.97 after the stock price has appreciated 15 per cent since its upgrade call on January 19 this year. HLIB Research, meanwhile,  made no change to its earnings forecasts pending further clarification.