Saturday, July 4
You are at:Home»News»Sarawak»Man nabbed for stealing motorcycle 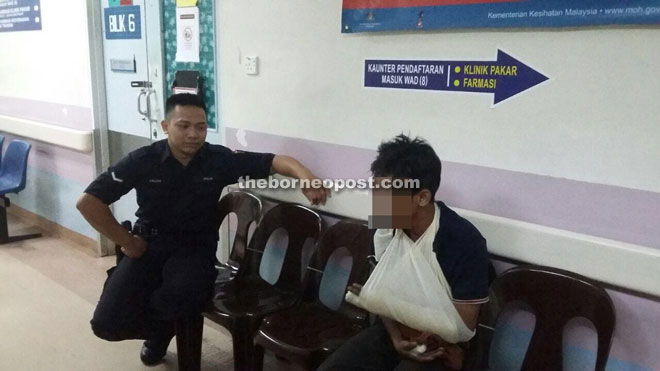 A policeman keeps watch over the suspect at the hospital.

KUCHING: A man was apprehended while his accomplice escaped after they entered a flat complex in Matang Baru to steal a motorcycle early yesterday.

The incident occurred around 1am when the bike owner’s brother spotted the pair wheeling the machine out of the compound of the complex and proceeded to chase after them together with his brother-in-law.

The two of them were joined in their chase by other flat residents and were able to apprehend one of the suspects but could not prevent the other from speeding off with the stolen motorcycle.

The suspect, a 27-year-old from Kampung Siol Kandis, tried to fight his captors in a bid to escape but ended up on the receiving end of some street justice before being handed over to the police.

Police also recovered a second motorcycle, believed to belong to the thieves, at the scene and later took the injured suspect to the Sarawak General Hospital for treatment.