Saturday, February 29
You are at:Home»News»Sarawak»330,000 litres of diesel seized 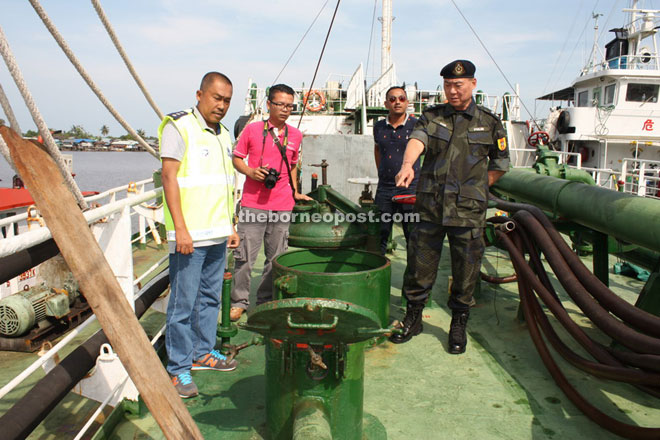 Tan (right) points to the storage tank at one of the vessels.

BINTULU: The 12th Battalion General Operations Force (GOF) based in Miri seized 330,000 litres of diesel worth RM445,000 in an integrated operation here Wednesday.

He said eight GOF personnel and two MACC officers were involved in the operation – at the jetty of Sim Swee Joo Shipping in Sg Nyigu – around 12.50pm.

During the operation, he said two local men aged between 26 and 45 years were detained to assist the Ministry of Domestic Trade, Cooperatives and Consumerism in the investigation. Eleven foreign crews were also handed over to the Immigration Department for further action.

“We believe this syndicate has been active for a few months and this is the biggest seizure so far,” said Tan.