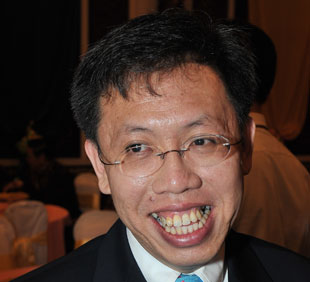 He was speaking to the press after four hours of central working committee (CWC) meeting at the party’s headquarters here yesterday.

When asked who would contest in Pujut as the seat has been allocated to SUPP, Dr Sim said the party’s candidacy for the 19 seats were all stated in the list he sent out during Chinese New Year.

In that list Adam Yii will be standing as SUPP candidate in Pujut, a seat presently held by former DAP lawmaker Fong Pau Teck who later turned independent after being expelled by the party.

Apart from two new seats, SUPP has been claiming all the 19 seats traditionally allocated to the party.

However, the list did not include all the seats the party will be contesting as a notable absence was the Padungan seat while Deputy President Datuk Richard Riot has been tasked of identifying party’s candidates for the Bumiputera majority seats.

Earlier this month SUPP announced Peter Pau as the candidate for Padungan.