Sunday, July 5
You are at:Home»News»Father of two Sarawakians kidnapped by Abu Sayyaf prays for their safety 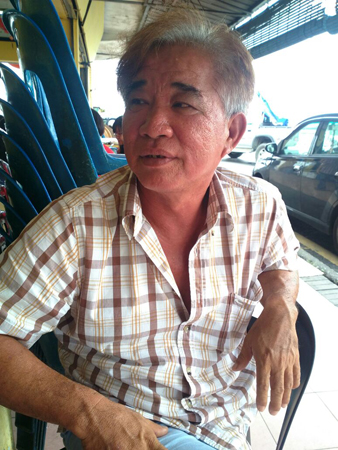 Wong is praying for the safe return of his sons and two others kidnapped on Friday.

SIBU: The father of two brothers believed to be kidnapped by Abu Sayyaf militants near Ligitan Island in Semporna, Sabah last night is praying for their safety together with the two other hostages.

Met at the Sibu police headquarters this morning while lodging a report, Wong Chee Ming said his sons Teck Kang, 31, and Teck Chii, 29, were abducted together with their crew mates Wong Hung Sing, 34, and Johnny Lau Jung Hien, 21.

“Apparently, the kidnappers only wanted the four Malaysians. There were nine boat crewmen. The others in the Sarawak-registered boat included foreigners from Indonesia and Myanmar; they were left untouched,” he said.

Wong added Teck Kang’s second son was born just 10 days ago and they last spoke to him yesterday morning during a video call.