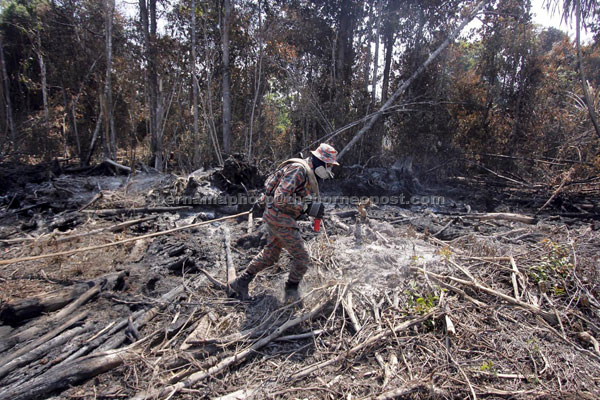 In a 3pm operation, 20 firefighters managed to extinguish the fire which has been burning since April 6, believed to be due to human error, as well as the extreme hot weather caused by the El-Nino phenomenon.

“Yesterday, we saw new pockets of fire spreading, so the task to put out the remainder of the fire was carried out quickly,” he said when contacted by Bernama yesterday.

In addition, he said they will continue to monitor the forest from time to time.

He said during the fire-fighting operation, the Malaysian Maritime Enforcement Agency had deployed a Bombardier CL 415 MP to carry out water bombing from the air over the burning areas. — Bernama