Thursday, October 21
You are at:Home»News»Election News»SARAWAK STATE ELECTION: Polling on 7 May, Nomination on 25 April 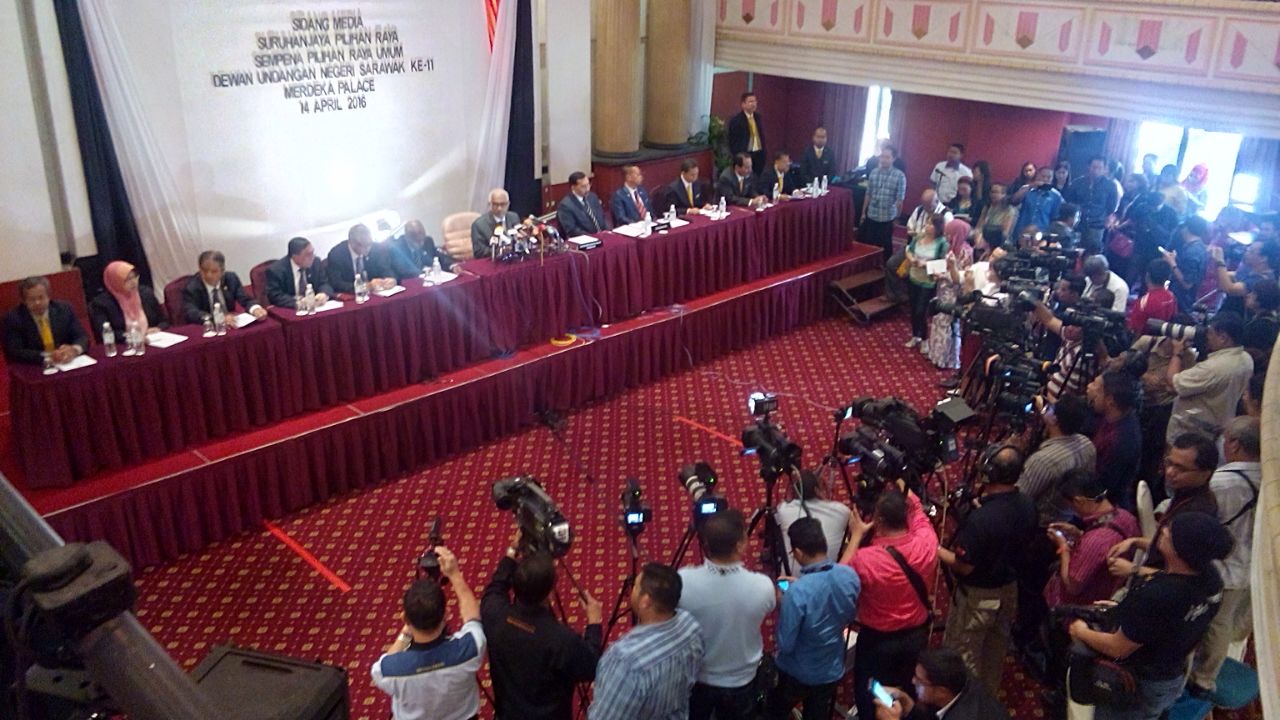 KUCHING: After much anticipation, the Election Commission (EC) announced that nomination, advanced voting and polling dates would be April 25, May 3 and May 7 respectively.

It was announced by EC chairman Datuk Seri Mohd Hashim Abdullah during a press conference after a special meeting to discuss the 11th state election held today (Apr 14) at Merdeka Palace.

Of the number, 1,113,522 are ordinary voters; 25,022 advance voters for military, police and General Operations Force (GOF) personnel including their spouses and 106 postal voters.

He added that the date for advance voting has been set on May 3.

Mohd Hashim mentioned that the letter of dissolution was received on April 1.

The Barisan Nasional (BN) retained its two-thirds majority in the 2011 state election, winning 55 of the 71 seats.

This time around, there will 82 seats up for grabs following the increase of 11 constituencies after the latest delineation exercise.