Sunday, January 23
You are at:Home»Sports»Sarawak dig in heels for Cobra 10s fray 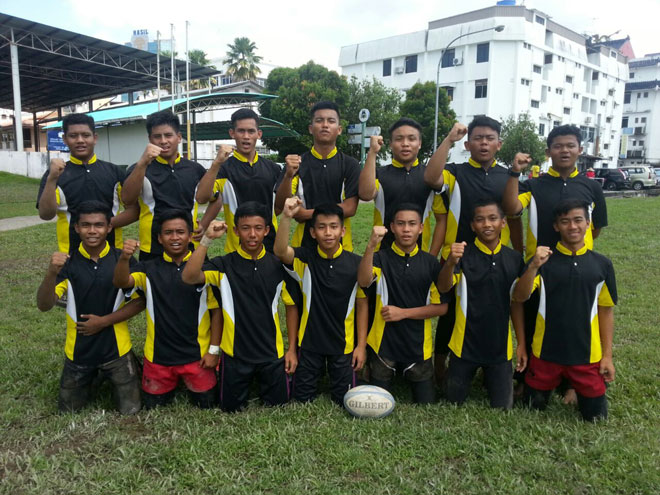 The Sarawak team all geared up for a fiesty challenge at the 13th Cobras School 10s Rugby Championship in Shah Alam.

Coach Zulkaranainhisham Sarbini said Sarawak, who had been competing in the second edition since 2005, are hoping to better its achievements. Sarawak were Cup semi-finalists in 2012, Spoon champions in 2014 and Bowl champions last year.

“Cobra 10s is never an easy tournament since it is at an international level, and with the high intensity level of matches for this age group. There are four international teams this year, two from Australia, and one each from Taiwan and New Zealand.

“We have to be at our best… although we only had three days of training for this Under-16 boys since everybody was involved in the recent MSSM Kuching U18 Inter School 15s,” he said.

Sarawak are drawn in Group D with Pahang, KCC and Perak B “Pahang are a good side and improving every time, Perak B are actually represented by Sekolah Tunku Abdul Rahman (STAR), Ipoh and are the favourite team in Group D and Kolbe Catholic College (KCC) from Taiwan are no pushovers,” said Zulkaranainhisham in summing up Sarawak’s opponents.

“We will try to improve our rankings and go from there in this year’s tournament. We will do our very best in the group stages first then go from there,” he added.