Wednesday, January 22
You are at:Home»News»Sarawak»Groove to the music of Raw Earth at Borneo Jazz Festival 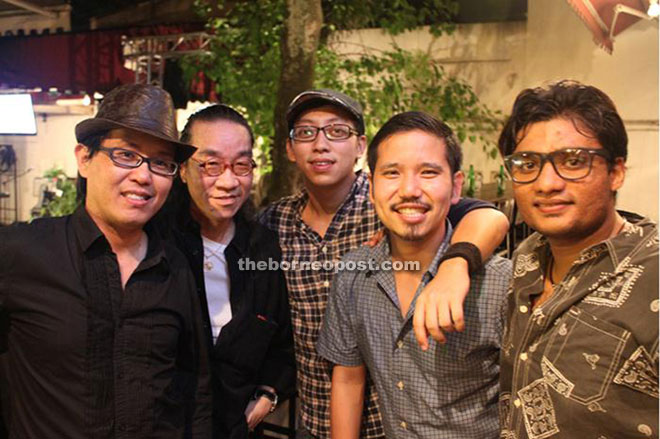 The band has performed for major festivals throughout Asia such as Beerfest Asia and Timbre Rock & Roots as well as opening acts for music legends like Robert Plant, Bob Dylan, Paul Simon and Bonnie Raitt.

Raw Earth is a blues, rock and soul band with a stellar line up of Singapore’s most prominent musicians like Danny Loong and Francis Chan (from the Ublues), Victor Chen (winner of Strip Acoustic at Wala Wala), Surath Godfrey and Hanrong (from Rock outfit Reverie).

The band has a broad range of musical style, drawing influence from the 50s to 70s genres such as blues, rock and roll, funk, soul and even some classic blues rock. Their repertoire includes songs by Jimi Hendrix, Grand Funk Railroad, Albert Collins, The Beatles and James Brown among others.

While the band prides itself in retaining the unpredictable and spontaneous concept of soul and groove within their music, they are also known for sudden on-stage improvisation and interacting with the crowd during their performance.

Besides Raw Earth, the other bands confirmed at this year’s festival are the Klazz Bothers from Germany/Cuba, Yuichiro Tokuda RALYZZDIG from Japan, Manou Gallo Groove Orchestra from Belgium/Ivory Coast and O Sister! from Spain.

Joining in on the fun will be Funkatorie from Malaysia, API from Malaysia/India and the Rad Trads from New York, USA.

Tickets are available at pre-sale prices with adult passes selling at RM80 for a one-day pass and RM140 for a two-day pass.

For children between seven to 12 years, ticket is priced at RM40 for the one-day pass and RM60 for the two-day pass.

Pre-sale tickets can be purchased online until May 12 at the festival’s website at www.jazzborneo.com.

The two-day festival will be staged in Miri from May 13 until May 14 at ParkCity Everly Hotel.