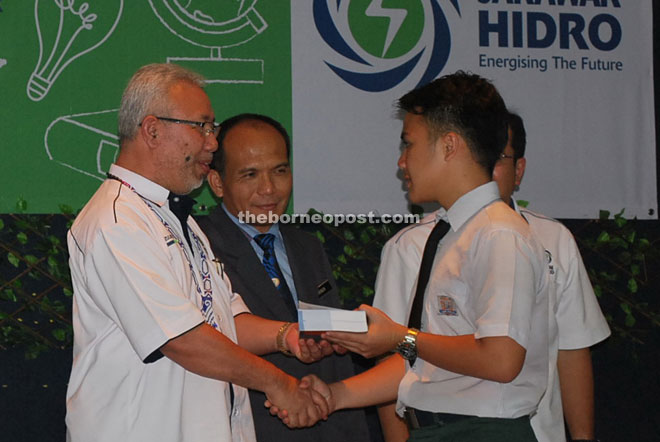 BELAGA: SMK Bakun in Sungai Asap, Belaga has been adopted by Sarawak Hidro Sdn Bhd under its Adopted School 2016 programme.

He said this to reporters after the official launch of the adoption programme at the school here Tuesday which was officiated by Hulu Rajang MP Datuk Wilson Ugak Kumbong, who is also a board member of Sarawak Hidro.

“For this programme we only focused on secondary students in Form 5 and we might expand it by covering the primary school in future,” he said, adding that the programme would be conducted based on the needs of the local folk.

Zulkifle assured that it was part of their CSR commitment to support the local community in Belaga and Sg Asap.

Meanwhile, Wilson Ugak said education is one of the areas that is being looked at by board members of Sarawak Hidro.

“We want to take the initiative to ensure the people in rural areas will not be left out in terms of any position in the country. Thus we (board members) agree to adopt SMK Bakun under Sarawak Hidro CSR project,” he said.

He believed this programme could assist the Form 5 students from SMK Bakun to achieve excellent results in their coming SPM examination.

Students from rural areas also have the same opportunity to excel in their examination, he said.

“If they are given good education they can also compete internationally,” said Ugak.

With the support and cooperation from the Belaga Education Office, it is hoped that the programme would be a catalyst for community development through education.

This module will be implemented in stages from March until November this year, with the help of a consultant from TF Skills Resources who had more than 20 years teaching experience in the English language.

In the meantime, three students from SMK Bakun and four from SMK Belaga were given RM1,000 incentive each by Sarawak Hidro for their outstanding performance in last year’s SPM examination.

year from April 16 to 17 at SMK Bakun as part of its CSR programme.