Sunday, May 22
You are at:Home»News»12th Sarawak Election»Soon Koh says ready to face any challenge 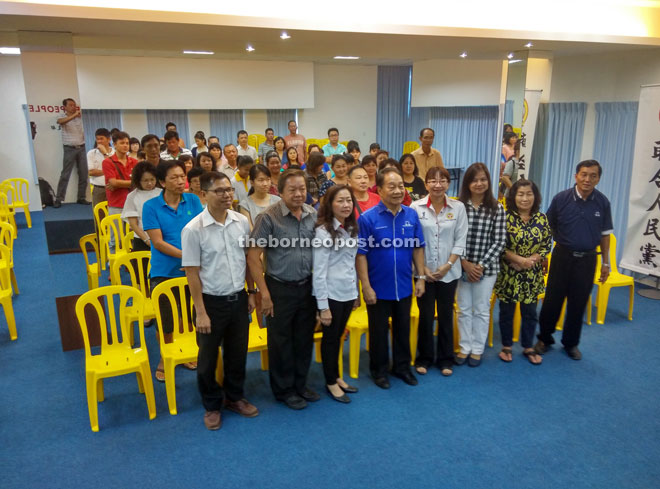 Wong (centre) poses for a photocall with education aid recipients.

SIBU: Direct BN candidate for Bawang Assan Dato Sri Wong Soon Koh says he is ready to face any candidate in the coming state election because anyone is free to contest in election in this democratic country.

“Any candidate can pose a challenge but I am confident I can deliver the seat for the BN,” he told reporters after presenting education aid to 92 students in Bawang Assan yesterday morning.

Wong is expected to face DAP candidate and STAR’s Wong Sing Wei in the election. An Independent candidate has also announced his intention to join the fray.

Earlier, Wong said the education aid would be distributed to needy students even after the state election.

“Don’t get it wrong that this distribution of education aid is an election gimmick.

“Even after the election we will continue to distribute the aid,” he said.