Monday, September 21
You are at:Home»World»Canada PM Trudeau says no to ransoms 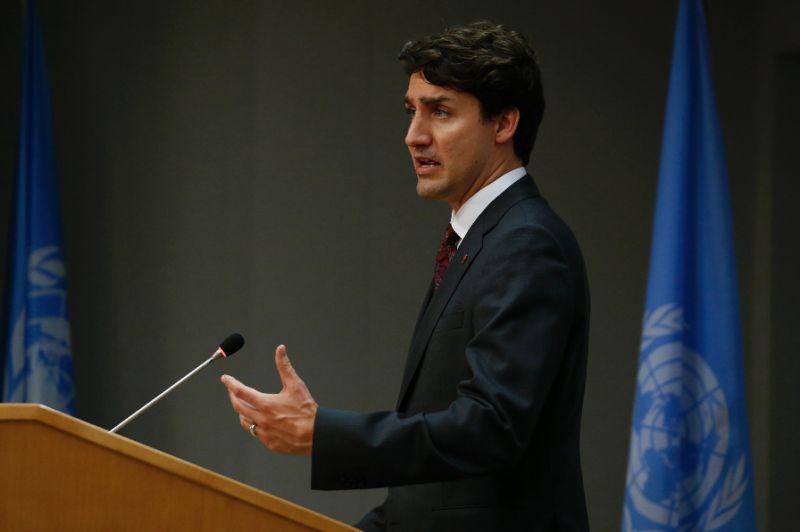 Canadian Prime Minister Justin Trudeau speaks during a press conference at the United Nations on April 22, 2016 in New York -AFP

OTTAWA: Canada will not pay ransoms for the release of its citizens held hostage overseas, Prime Minister Justin Trudeau said Tuesday after the gruesome killing of a Canadian in the Philippines.

“Canada does not and will not pay ransom to terrorists, directly or indirectly,” Trudeau said, vowing instead to hunt down and prosecute hostage-takers.

His comments come after Trudeau delivered the grim news on Monday that Canadian John Ridsdel had been killed by his captors — the Abu Sayyaf militant group — in the Philippines. Efforts, however, were continuing to try to secure the release of three others, including another Canadian national, he said.

In decrying ransom payouts, Trudeau explained that they helped to support criminal or terrorist activities, and “endangered the lives of every single one of the millions of Canadians who live, work and travel around the globe” as they could become targets for abduction.

Trudeau said that he and British Prime Minister David Cameron agreed in a telephone conversation earlier to press allies on the issue.

“We agreed that it is something that we are going to make sure that we do bring up with our friends and allies around the world as we come to grips with the fact that the world is a dangerous place,” he said.

“We need to make sure that terrorists understand that they cannot continue to fund their crimes and their violence from taking innocents hostage,” he added.

In a recent video, Ridsdel, a retiree in his late 60s, said his captors would kill him on April 25 if a ransom of $6.4 million was not paid.

Hours after the deadline passed, police in the Philippines said two people on a motorbike dropped a head in a plastic bag near city hall on Jolo, a mostly lawless island around 1,000 kilometers south of Manila that is one of the Abu Sayyaf group’s main strongholds. -AFP