Tuesday, May 18
You are at:Home»News»Sarawak»Harden to deliver a new Sri Aman Township 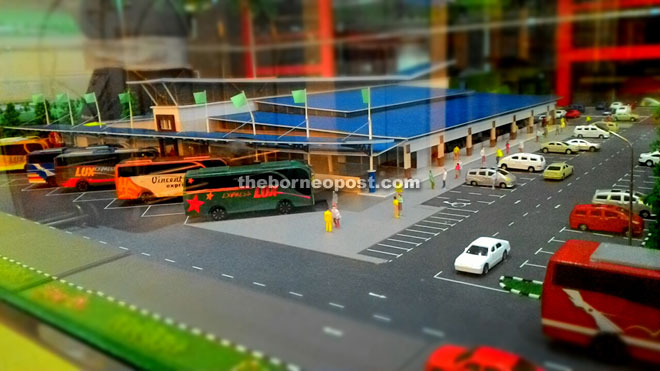 A model of the new open air market and bus terminal in Sri Aman. 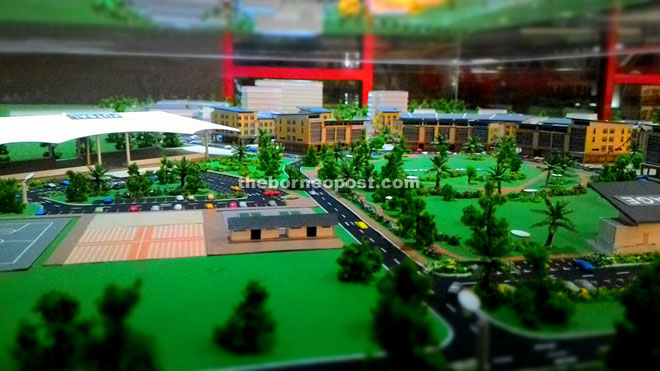 A model view of the new Sri Aman Township.

SRI AMAN: Sri Aman District is set to undergo a three-point transformation with the construction of a new township that includes an open air market and an adjoining central bus terminal.

Simanggang incumbent Datuk Francis Harden Hollis revealed that the location of the project in front of Sri Aman’s civic centre has been approved pending the appointment of a developer by the Land Custody and Development Authority (LCDA).

“The RM7 million open air market will have a total of 100 stalls in the dry market section and 140 stalls in the wet market,” Harden told The Borneo Post yesterday.

Traders from the current open air market, he adds, will then shift to the new market which would be more comfortable and conducive for their business.

“The present open air market will then be demolished to make way for eight units of a three-storey shop house,” said Harden who is also Assistant Minister of Rural Development.

On another note, he said this adds to the proven track record by the BN government which is to elevate the people’s standard of living and improve socio-economic activities.

He added that the opposition is deliberately painting a different picture when it comes to the development in Sri Aman.

“Those who have eyes here can see for themselves on what is happening instead of listening to the opposition making oblivious statements by saying that Sri Aman is under-developed,” he added.

He also took a swipe at the opposition and other individuals for using the ongoing construction of the long overdue Sri Aman Hospital as campaigning agenda.

“In fact, the hospital is already a non-issue as we are already in the second phase of construction which started on Oct 25 last year with an expected completion by October 2018,” he added.

He revealed that the second phase alone involves a cost of RM176 million.

Construction of the hospital which has been delayed since 2013 was mostly due to stumbling blocks at the federal level as well as the tussle among locals lobbying for the project, he added.

Other development aspects that Harden emphasised were the implementation of the Rural Water Supply Project (BALB) and Rural Electrification Scheme (RES) spearheaded by the Ministry of Rural and Regional Development (KKLW).

Once the RES projects are carried out across areas in Sri Aman up to Engkelili, total electricity coverage in his constituency will be at 90 per cent, he said.

“Most of the areas in Sri Aman now have been connected to the electricity grid. All they need to do now is wait for Sesco to install the electric meter at their home or longhouses,” he added.