Sunday, November 28
You are at:Home»Business»Good growth for Bintulu Port’s container handling in 2016 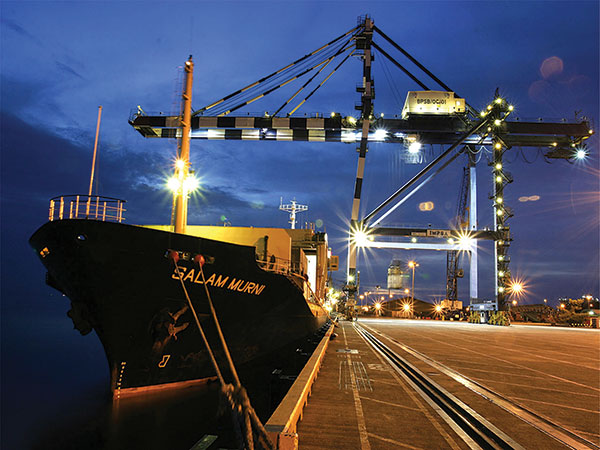 Chief executive officer (CEO) Datuk Mior Ahmad Baiti is confident that the port will achieve an improved performance in container handling after witnessing a double-digit growth on a quarterly basis.

“Quarter on quarter, we have seen container handling registered a growth of 13 per cent.

“(Going forward), we are optimistic of better growth (for this year),” he told the media after the company’s 20th Annual General Meeting (AGM) at a hotel here yesterday.

Mior also believed throughput contribution from Samalaju Port is expected to grow with the completion of Phase One of the port by early next year.

Meanwhile, he noted the dry bulk sector has recorded a stable growth whereby silica quartz, coke, palm kernel and bulk cement have shown tremendous growth on the back of increased demand from various sectors especially from domestic demand as a result of steady commercial, industrial and plantation activities in the Bintulu area and industrial development at Samalaju Industrial Park (SIP).

He explained that the growth was contributed by the increase in agricultural based cargoes such as palm kernel products, bulk fertilizers, granules urea and importation of raw materials for the SIP’s plant.

On another note, he observed that Borneo Edible Oil Sdn Bhd is constructing a crude palm oil refinery mill which could potentially add more exports of palm oil products in the future.

As for the liquefied natural gas (LNG) cargo sector, Mior opined that there could be a slight decrease this year due to weaker demand.

Nevertheless, he outlined that with Petroliam Nasional Bhd (Petronas) embarking on the MLNG Train 9 project which could be fully operational next year, it will add more than three million ton to the current capacity of 25.7 million ton per annum. He estimated that the transportation of more LNG cargoes in the future could boost its financial performance.