Friday, December 4
You are at:Home»News»Sarawak»Nazri: Sarawak needs to be rebranded to attract more tourists 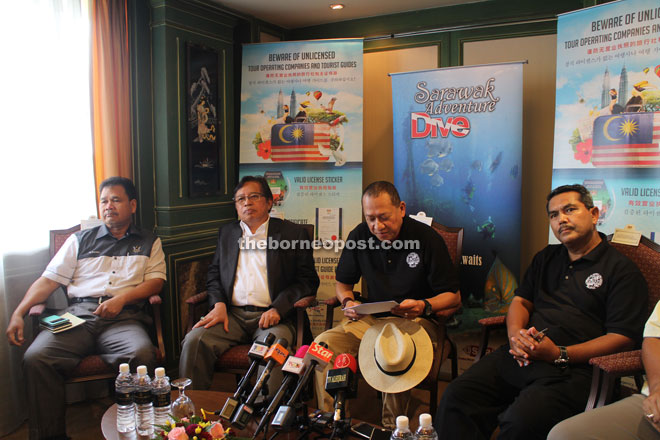 KUCHING: Sarawak needs to be rebranded to attract more tourists to the state, like how Thailand has branded Phuket and the Philippines with Boracay Island.

Minister of Tourism and Culture Datuk Seri Mohamed Nazri Abdul Aziz said the state has many attractions, in culture and biodiversity, thus Sarawak could be branded as a safe destination, for instance.

“Sarawak needs to have a new brand like other countries like the Philippines which used Cebu and Boracay Island and not just the Philippines (in entirety),” he said at a press conference after the ‘Engagement Session: Minister of Tourism and Culture with Sarawak Tourism Industry Players’ yesterday.

As such, several aspects of the tourism industry must be upgraded including direct flights with international airlines which looks promising.

He added that with co-operation for direct flights from Singapore to Kuching and Hong Kong to Kuching, it will bring in more tourists to the state.

“With the direct flights between both countries, tourists landings from Singapore and Hong Kong will also increase,” Nazri said.

“International tourist landings to Sarawak are higher compared to domestic (tourism) and the ministry will put in more effort to attract domestic tourists to come through the ‘Dekat Jer’ Campaign.”

The federal government has also approved an allocation of RM200,000 to the state Tourism Ministry to hold their initiatives in developing the industry.

“Realising the importance of the industry, we formed a special panel chaired by myself with the State Secretary as a member, which focuses on three key points for a start.

“Among them are to upgrade and improve the environment to conserve nature for eco-tourism, apart from the cultural values which focuses on the unity of various races; and increased connectivity aspect like air connectivity.

“We have to make a choice and not rely on Malaysia airlines, it is not that we are not patriotic, but we must move forward if we want to grow in this industry.”