Diego Garcia is one of the Chagos Islands. A 2010 edict declared that this area is a designated no-go place for fishermen.

Its territorial waters lap around the Atlantic islands of Ascension, St Helena, Tristan da Cunha, South Georgia and the Falklands. In addition to these, are the Caribbean islands of Bermuda, the Caymans, Turks and Caicos, British Virgin Islands and Anguilla. Nearer to Malaysia are the Chagos Archipelago in the Indian Ocean and the Pitcairn islands in the South Pacific Ocean.

What has happened in the waters?

The green turtle population in Ascension has increased by 700 per cent in the last three decades and frigate birds now abound there due to the eradication of feral cats and the sterilisation of all domestic cats. This remote volcanic island, in the middle of the Atlantic Ocean, houses a large Royal Air Force base with a small local population servicing the air base.

Last January, the British government declared part of the island’s marine waters protected zones where commercial fishing for tuna and marlin may only take place in a designated zone north of the island.

In the British Indian Ocean, around the Chagos Islands, a 2010 edict declared that this area is a designated no-go place for fishermen. These now unpopulated islands will be protected from Sri Lankan fishermen in their pursuit of shark fins and this in turn will protect the incredibly rich local coral reefs.

The demarcation of such no-go fishing zones allows coral reefs and their abundance of fish species to flourish, providing foreign trawler nets do not sweep the seafloor.

Local fishermen in most parts of our world have the capacity, via mobile phones, to alert fishery protection agencies in their country of foreign intruders into home waters’ fishing areas.

The island of Tristan da Cuhna, in the South Atlantic Ocean, was evacuated of all its populace in the mid-1960s as a result of a massive volcanic eruption, and the British Navy took all occupants to live in Portsmouth in the UK until the volcano became passive.

Many of the islanders returned over time to their homeland and today depend almost totally on fishing for lobsters. During the annual lobster harvest, all islanders embark to haul in their lobster pots, then freeze the lobsters until they can export them to European countries when the next transport ship arrives. These islanders never catch a female lobster with eggs and only those of a regulated size.

Sadly, pirate trawlers damage the seamounts offshore, sucking into their nets all marine creatures that inhabit the seafloor.

Since the short-lived Falklands War in 1982, when the Argentinian military tried to reclaim their perceived rights to the ‘Malvinas Islands’, all pirate fishing there has been driven out. Just offshore from Chile, in the very South Atlantic Ocean, these prolific fishing grounds were once a favourable area for overseas trawlers and their factory fishing ships in search of squid.

From 2007, transferable quotas are now issued to each islander’s fishing boat. That boat has a percentage share of the total annual quota of squid fishing, which the boat owner may buy or sell on.

These fishermen are unpaid policemen in protecting their territorial waters and, by so doing, the fish population is both productive and sustainable. 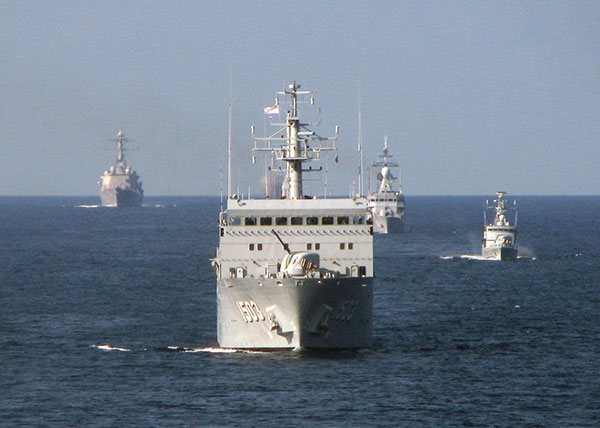 Malaysia has followed the British example of having fishery protection vessels patrolling each nation’s territorial sea rights. Today, in both countries, there is a prescribed mesh size on all fishing nets be they inshore or offshore fishing vessels.

Until this year, there was a severe quota on cod catches by European fishermen in the North Sea as cod stocks were so depleted.

The recovery rate of these fish has been relatively rapid so now I can buy British cod and chips for a Friday night meal.

As I write, there are over 2,500 Chinese trawlers located around the globe, fishing illegally in the territorial waters of many West African nations and off the countries of South America. In March this year, an armed Argentinian fishery protection vessel sank a Chinese trawler, after adequate warnings to the skipper of that boat. Fortunately all the crew were rescued and uninjured.

This raises the question as to how overseas waters are to be protected and to be policed to deter foreign trawlers from pirating local fishing grounds.

This year, the British government will employ space satellites and wave glider drones from a base in the UK to identify and pinpoint rogue fishing vessels into its territorial waters off the Pitcairn Islands in the Southern Pacific Ocean.

Similar surveillance techniques are being used by the United States, Australia and France to protect the local fishing economies of their dependences’ territorial water rights.

The Chinese government has given a wake-up call to all nations bordering the South China Sea by installing a military airbase on the Spratly Islands.

The hotly-debated actual ownership of these islands will continue for many years. As with so many nations determining their territorial waters rights, there is often an underlying factor – that of the potential fossil fuel extraction of offshore oil or natural gas.

For the preservation of our blue planet, may nation still speak unto nation, and share all research, findings and suggestions on the way forward to how fish stocks may be sustained in all quarters of our globe for the ultimate benefit of all remote islanders who depend on fishing for their main source of income. 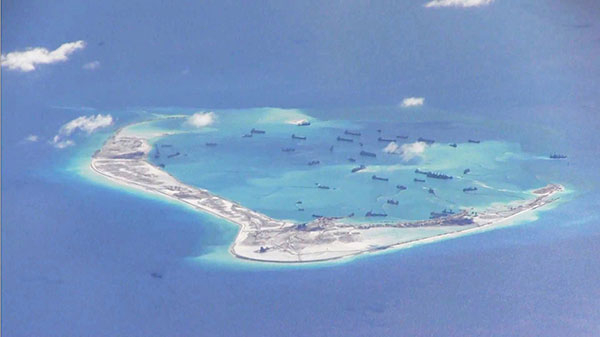