Tuesday, December 6
You are at:Home»World»Painful letters from the past for Taiwan’s White Terror families 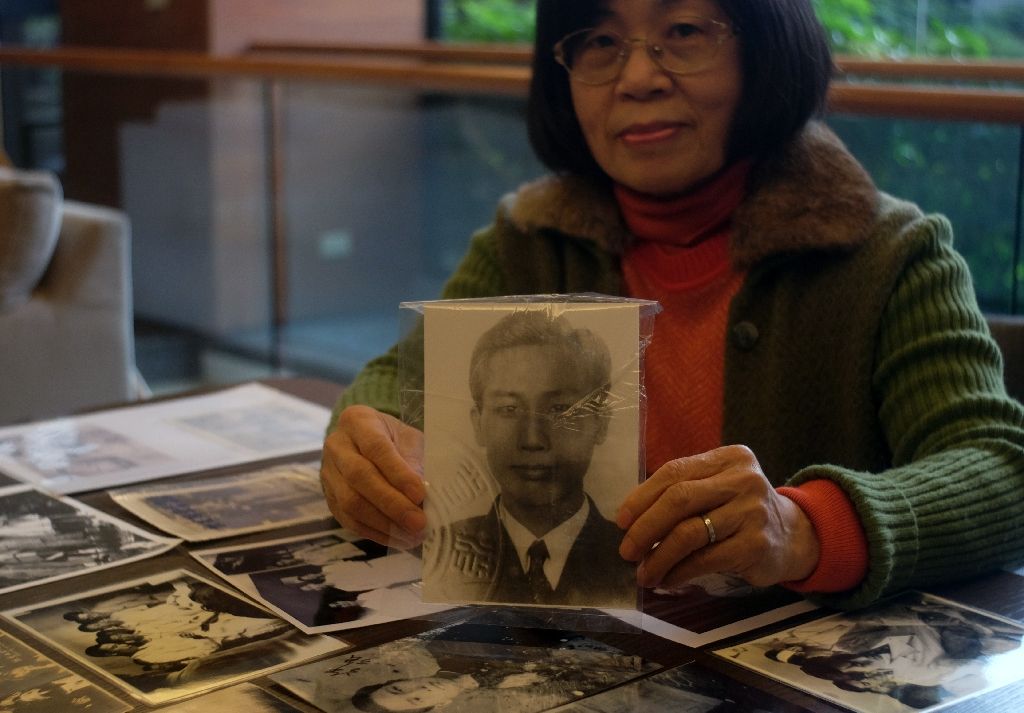 Hsu Hsu-mei holds a portrait of her father Hsu Chiang, taken away and executed on espionage charges during the ‘White Terror’ political purge by Taiwan’s ruling Kuomintang (KMT).-AFP Photo

TAIPEI: Growing up in Taiwan under martial law, Hsu Hsu-mei knew almost nothing about her father, only that he was executed for being a “thought criminal”.

She was five years old when doctor Hsu Chiang was taken away on espionage charges during the “White Terror” political purge by the ruling Kuomintang (KMT).

Decades later Hsu is finally learning more about his death thanks to a “confession letter” her father wrote just before he was executed.

She is one of many White Terror relatives only now putting together the missing pieces of their loved ones’ lives as official files gradually open up.

The letter was discovered in government archives.

Thousands labelled “anti-government” were tortured and killed between 1949 and 1987 under the rule of nationalist leader Chiang Kai-shek and his son, whose KMT fled to Taiwan after it was defeated by Mao Zedong’s Communist Party.

“My mother never told me any details (about my father). She would only say he was a thought criminal,” says Hsu, now a 71-year-old grandmother.

The letter finally shed light on why he had risked his life for his beliefs by joining a communist organisation.

“It was utterly disappointing to see the oppression of the Taiwanese people…the corrupt, inept ways of officials,” he wrote.

“The large hospitals cater to the wealthy…regular citizens can’t even get seen by a doctor.”

Hsu said she learned her father’s greatest wish was simply for a fairer system and to improve lives through medical research.

“He really just wanted justice for society,” she said.

Official records state around 140,000 people were tried by military courts during the White Terror, with between 3,000 and 8,000 executed. Many believe the actual numbers are higher.

Since the end of martial law, Taiwan has evolved into a democracy and a new Democratic Progressive Party (DPP) government will take power on May 20, after the KMT were trounced in presidential and legislative elections.

The DPP has its roots in the political movement that opposed Chiang’s dictatorship.

President-elect Tsai Ing-wen has pledged to bring justice to White Terror victims and fully publicise records from the period.

Since the founding of the National Archives in 2001, there have been steps by previous governments to give access to files from the period, whether to families, historians or the general public.

The National Archives department says it has uncovered nearly 800 pages of personal letters written by 179 victims, and has proactively contacted their relatives.

To date, letters from 106 of the victims have been returned, a spokeswoman told AFP.

But relatives say retrieving documents can still be a lengthy and complex process, while campaigners say there has not been a concerted effort to gather and analyse disparate information from the era.

They want new legislation to coordinate that effort and to release documents to the public, as part of a more complete investigation into the repression.

They also want former nationalist leaders to account for their suppression.

“Taiwan needs to come to a conclusion on what responsibilities Chiang Kai-shek needs to bear and how he should be portrayed in the people’s eyes,” said Huang Cheng-yi, chairman of the Taiwan Association for Truth and Reconciliation (TATR), a civil group that has helped families track down the letters.

There are still memorials to Chiang all over Taiwan, where some still revere him as an anti-communist hero while others revile him as a dictator.

“He doesn’t deserve to be put on a pedestal,” says Hsu, adding memorials named after the former leader should be changed and his statues removed.

Guo Su-jen was less than three years old when police came to her home to arrest her father, elementary school principal Guo Ching.

He had kept his family in the dark about his communist links.

Speaking about him after his death was taboo and her family burned most of his memorabilia for fear of their own safety, Guo says. But she still felt an affection for the father she never really knew.

“I couldn’t admit or accept that my father was a so-called villain,” Guo, 69, told AFP.

Through the help of TATR, she discovered unsent letters he had written right before his execution.

They were brief sentences, but finally gave her the connection she craved.

“One will eventually die, please do not be overly saddened,” he wrote to his wife.

“If possible, I hope you will remarry!” he added.

“When I finally saw the letters, it confirmed that I had a father, and he cared about us,” says Guo.

“They should have been returned to us a long time ago,” she said.

After a battle with the government, who said they were classified, Guo also obtained photos of her father and other rope-bound victims, taken before and after they were executed.

Guo now sees her father as a man standing up to an “inhumane” regime.

“He dreamed of a better society… I believe that’s what he was chasing after,” she said.-AFP