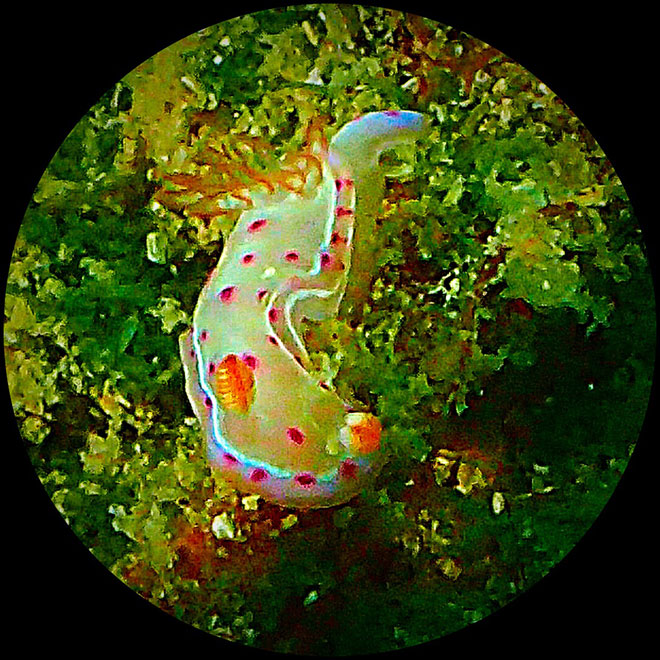 Among the nudibranch found in Miri waters. 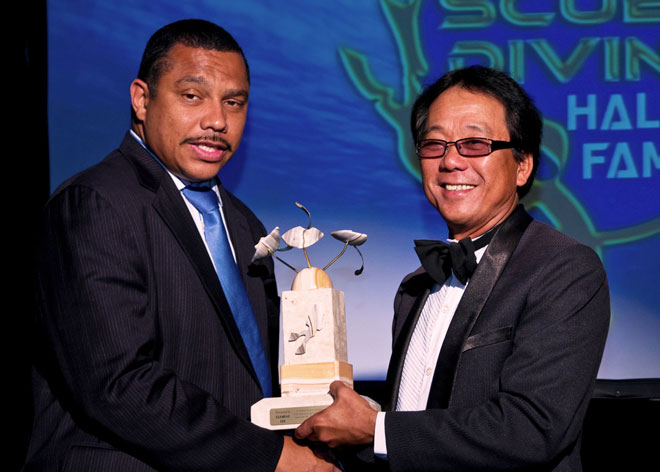 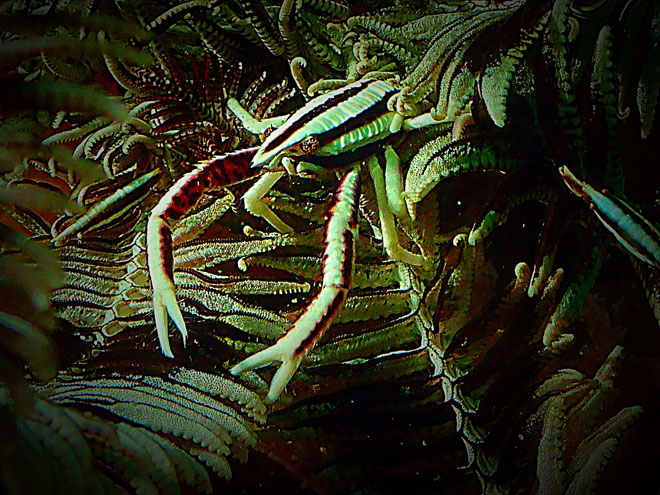 Black Squat Lobsters are in abundance in Miri waters. 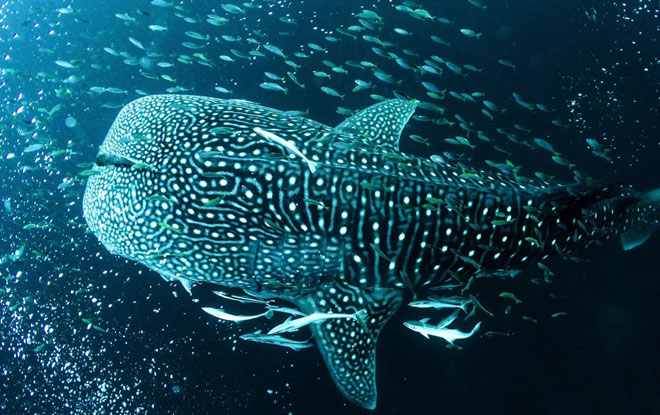 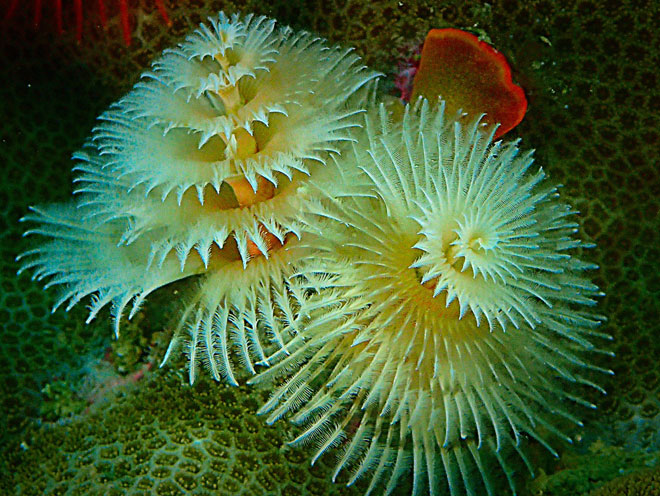 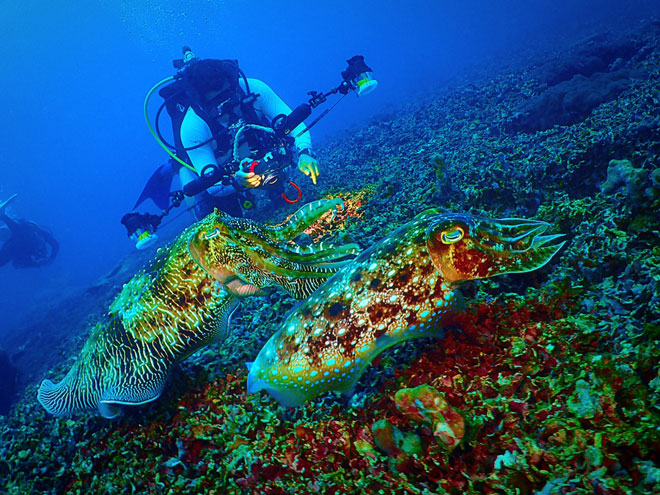 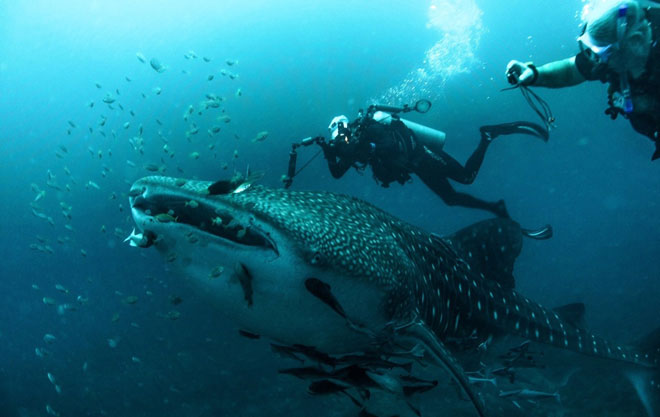 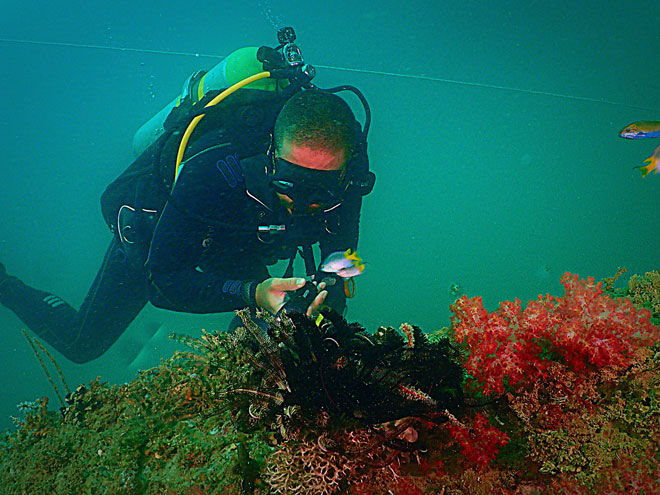 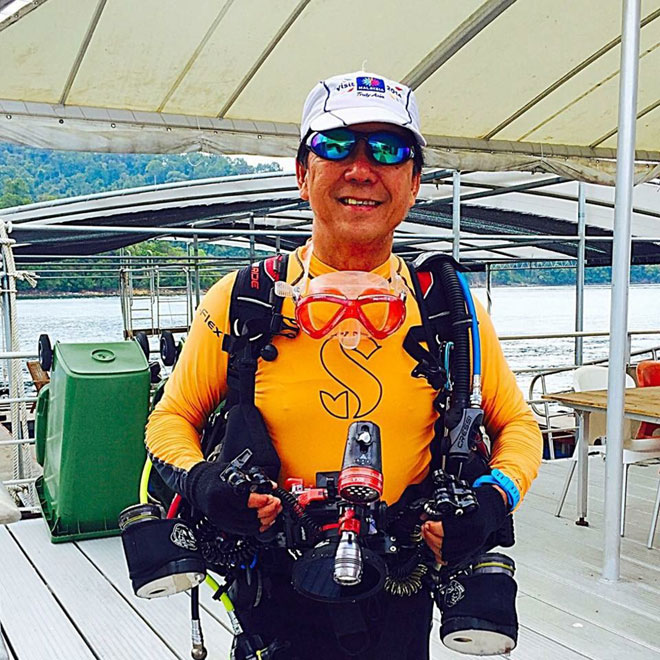 The joy he said was beyond description as it was the first such encounter in his 33 years as a diver and he predicted that Miri in the next five years would definitely become an international dive destination to be reckoned with.

The Borneo Post had an opportunity to interview Lee – Tourism Malaysia Adviser for Diving, before he left for Sabah, recently.

The recent dive in Miri was the sixth for Lee, who was joined by Chris Hii from Kuala Lumpur, Ross Kelly (local dive instructor) and newly certified diver from Michigan, Carol Crisologo Richardson.

“Seeing whale shark for three consecutive days was really a great joy not only for me but also my buddies. I could hear Carol screaming with joy from a distance.

“It was my first such encounter since I started diving in 1983. I have seen it off Sipadan Island and elsewhere but never three days in a row like here in Miri.

“It is one of the most friendly fish I have ever seen and is very gentle, and swim really fast. However, one can get hurt if one is accidently scratched by them, the skin very rough, don’t touch, don’t swim behind the tail.”

Lee said the largest whale shark they saw was between 20 and 25 feet and the smaller one 15 to 20 feet.

Whale sharks are the largest living fish on the planet belonging to the group called Chondryichtyes, which includes sharks, rays, and skates.

Whale sharks can grow up to 40 feet or more and weigh 20 tonnes or more and can live up to over 70 years. They however give birth to relatively few offspring during their lifetime.

They are found in over 100 countries and among the hot spots for viewing these sharks are Mabul and Sipadan Island in Sabah, Mexico, Japan, Thailand, the Philippines, Australia and India

According to Lee, the large number of whale shark off Miri waters was probably due to the abundant food and being filter feeders (straining their prey from the water column) they come here mostly during krill (bubuk) season. Thus the best time to dive is from March to June.

Besides whale sharks, Miri too has many plus factors that could make it a world class diving site.

Among them is the healthy sea as indicated by the presence of abundant species of nudi branch (micro stuff).

“Within five days we recorded more than 100 species of this nudi branch. I have been diving for 33 years and very few places have this number of species.

“Only when the sea condition underwater is healthy then one can see much nudi branch.”

Lee said he started only recently diving frequently in Miri because of the rich and untapped wonders in the 28 diving sites stretching from Sibuti (Kuala Niah) and all the way to Lutong.

Moreover, they are also breeding grounds for 600 of 800 species of coral reefs in the world, making Miri waters the richest in coral reef species as well as marine life.

Other plus factors for Miri

Miri waters are beginning to attract divers from many countries, especially Japan, Australia and Europe.

Lee said from his talks and trips overseas including the United States, there was great interest in diving in Miri although little is known. Thus, together with Tourism Malaysia, he would organise FAM trip for interested divers.

In addition, he will also help publish soon Miri’s diving potentials for the newsletters of the biggest association – Emirates Diving Association (EDA) in Dubai.

“The most important factor for diving in Miri is the city, jump to marina and within half an hour you are already at the dive site, so good and you come back to the city, you have plenty of good food, people and plenty of entertainment. These are what the divers are looking for. Very rare in the world we have such a nice and convenient easily-reach diving site like in Miri.”

Lee, 64, is among the pioneers in developing Sipadan 33 years ago in 1983, and also one of the pioneers to start the diving industry in Sabah.

“I retired four years ago in 2012 because I believe I have done enough for the state and the industry which brings in tourism receipts to the tune of RM380 million a year and 55,000 divers every year.”

Lee has been actively promoting conservation and environmental initiatives.

He is the recipient of numerous PADI (professional association of diving instructor) awards and other honours over the years.

He is the first Asian to receive the Diving Equipment & Marketing Association (DEMA) Reaching Out Award (2008) in Las Vegas, USA.

Suggestion to promote the industry

Lee suggested the tourism players including the government to seriously promote Miri as a premier diving destination.

“All have to play their respective roles including diver operators like CoCo Dive Miri, work closely with the relevant bodies like Tourism Malaysia, Sarawak Tourism Board in offering for example ‘Drive & Dive’ packages, have joint packages with Sabah and even Brunei,

and organise large scale photographic competition in Sarawak with good prizes to attract media and international divers. Utilize the social media such as Facebook.”