Saturday, December 3
You are at:Home»News»Sarawak»Business as usual for Adenan after elections 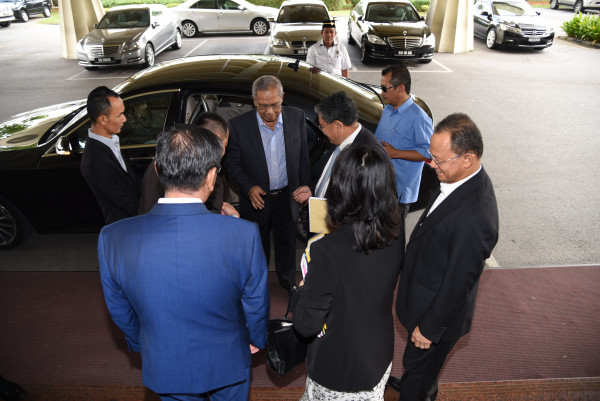 Adenan is greeted by officers of the Chief Minister’s Office on his first day back to office after being sworn in as the chief minister.

He arrived at his office at Wisma Bapa Malaysia at 9.30 today (May 9) on his first day in office after being sworn in as Sarawak’s sixth Chief Minister on Saturday after the final result of the election was announced.

Picture shows the Chief Minister alighting from his car and received by the State Secretary and others on hand awaiting his arrival at Wisma Bapa Malaysia.