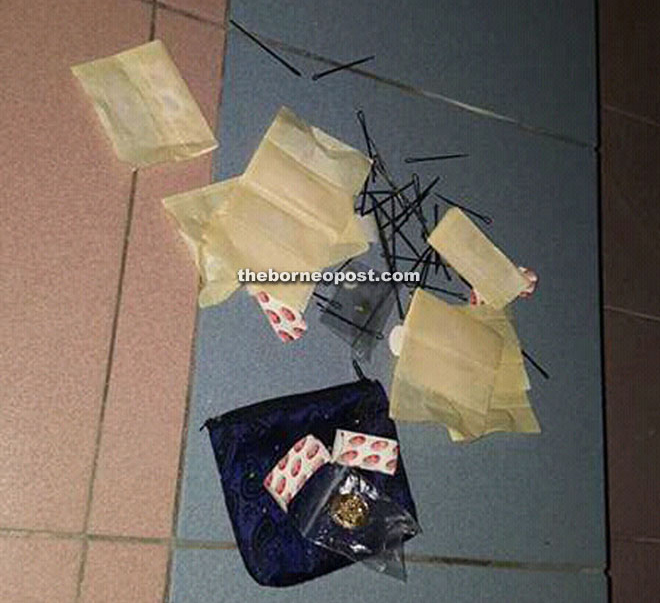 The bag that was left behind by the burglar who intruded into a house in Jalan Limau, Pujut, oddly filled with hair clips and plasters. 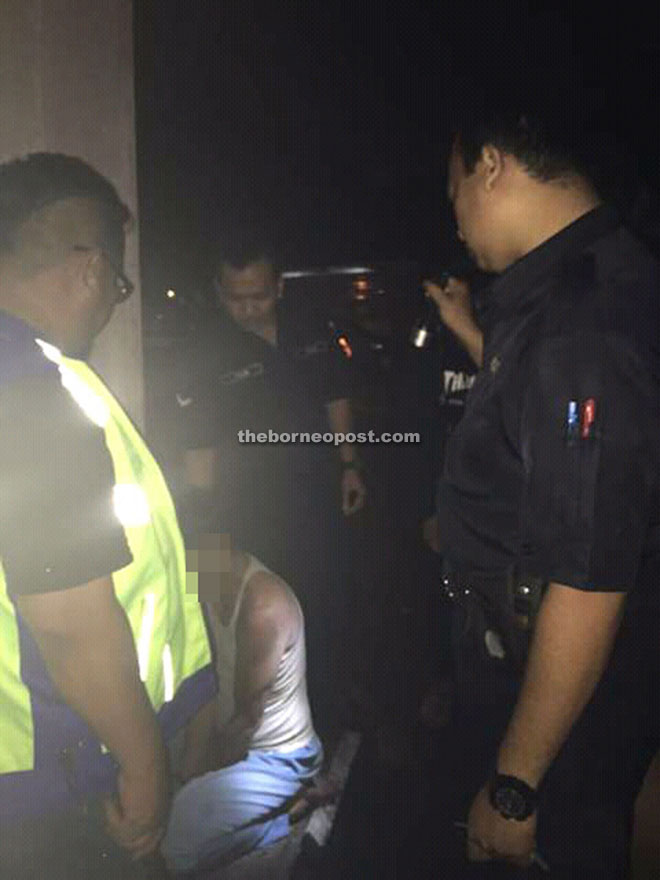 The suspicious looking man being questioned by police on why he was wandering around the Pujut residential area on Sunday night.

MIRI: A burglar’s attempt to break into a house in Jalan Limau, Pujut on Sunday night was foiled by the good fortune of the house owner.

In the 8pm incident, the burglar was already inside the house when the owner arrived.

The fearful burglar immediately took off, leaving behind a peculiar bag with plasters and hair clips inside the house.

Fortunately, no valuables were reported missing in the incident.

In an unrelated incident, a man was apprehended on Sunday around 11pm near Pujut 5 for wandering suspiciously barefooted in the neighbourhood.

The man was first spotted by a patrolling ‘Residents Council Pujut’ team, before they alerted a mobile police vehicle (MPV) for assistance.

It was learnt that the man had failed to explain why he was in the area during that hour.

He even could not produce his MyKad to the law enforcement personnel when they asked him.

The man has been detained to facilitate police investigation into the case.

Previous ArticleTawau residents stop demolition of illegal houses
Next Article Van gutted near Saratok, safe exit for all aboard