Wednesday, June 16
You are at:Home»Lite Stories»Too much folate in pregnancy ‘may raise autism risk’ 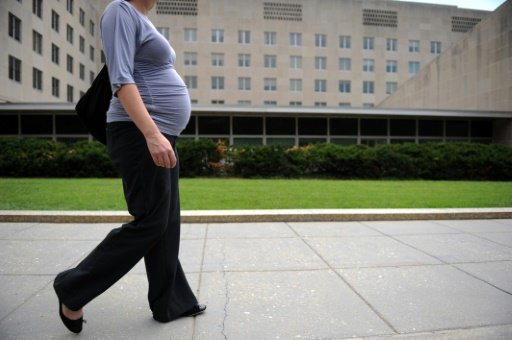 When pregnant women do not get enough folate, their babies face a higher risk of brain and spinal cord defects, by Kerry SHERIDAN | AFP

MIAMI: Pregnant women are urged to take vitamin supplements with folic acid to prevent birth defects, but research out Wednesday suggests that too much may raise the risk of autism.

The findings were presented at a conference in Baltimore, Maryland, and have not yet been published or peer-reviewed, so researchers at the Johns Hopkins Bloomberg School of Public Health called for caution in interpreting their results.

“This could be the case of too much of a good thing,” said lead author Ramkripa Raghavan, a researcher at the school.

“We tell women to be sure to get folate early in pregnancy. What we need to figure out now is whether there should be additional recommendations about just what an optimal dose is throughout pregnancy.”

Folate is a B vitamin that is naturally present in fruits and vegetables. A synthetic version, folic acid, is commonly used to fortify cereals, breads and is contained in vitamin supplements.

When pregnant women do not get enough folate, their babies face a higher risk of brain and spinal cord defects.

The study tracked 1,391 mothers and their children from the Boston Birth Cohort, a predominantly low-income minority population.

The mothers’ blood folate was checked once only, and that measurement was taken within the first one to three days of delivery.

Mothers with very high folate right after giving birth faced twice the risk that the child would develop an autism spectrum disorder.

Women with high vitamin B12 levels saw triple the risk of autism in their offspring.

If both levels were extremely high, the risk that a child would develop the disorder increased 17.6 times, according to the research presented at the 2016 International Meeting for Autism Research in Baltimore.

Most of the mothers reported taking prenatal vitamin supplements.

Very few — one in 10 — had what researchers consider an excessive amount of folate in their blood, or more than 59 nanomoles per liter.

Six percent had an excess amount of vitamin B12 (more than 600 picomoles per liter).

The World Health Organization says the adequate amount of folate for a woman in her first trimester of pregnancy is between 13.5 and 45.3 nanomoles. Ideal vitamin B12 levels are not well established.

Outside experts cautioned that the study measured folate at birth, while the crucial window for supplementation to prevent neural tube defects such as spina bifida is in the first weeks and months of pregnancy.

“This research does not suggest any harmful effects of recommended folate supplements taken in early pregnancy which are beneficial,” said Andrew Sherman, a professor of obstetrics, at King’s College London.

“Women should continue to take these,” added Sherman, who was not involved in the study.

“Although this finding is striking, it is vital to remember that this research is at a very early stage. In fact, this information has simply come from a single poster at a conference,” Cusack said.

“It is far too early to say whether this finding is correct and so families should not be overly concerned.”

Craig Newschaffer, professor at the Drexel University School of Public Health, said the research calls for a better understanding of the role of folate throughout pregnancy.

“The role of folic acid supplementation in neurodevelopment may be quite complex,” he said.

About one in four women in the United States do not get enough folate in pregnancy, according to the US Centers for Disease Control and Prevention.

Autism spectrum disorder is a neurodevelopmental condition that affects as many as one in 68 children in the United States.

Its causes remain poorly understood, but researchers say it is likely a result of some combination of genetic and environmental factors. -AFP