Thursday, August 13
You are at:Home»News»Sarawak»Borneo Jazz Fest the buzzword in Miri 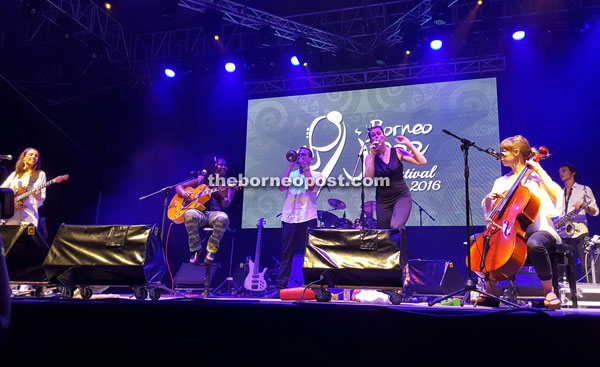 Manou Gallo Groove Orchestra thrilling the audience to the end with its electrifying performance. 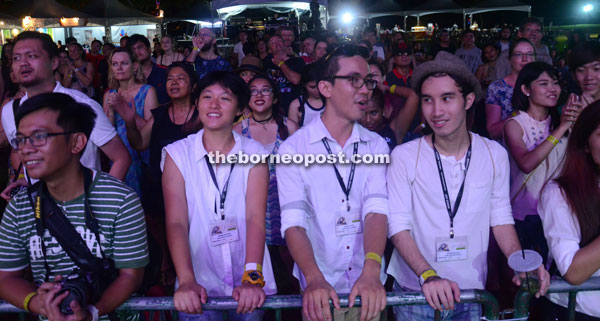 MIRI: The Borneo Jazz Festival, now in its 11th year, is fast becoming a signature event for Miri, playing out to big bucks in the tourism business, said Mayor Lawrence Lai.

He said the Miri City Council (MCC) welcomes collaboration, as in joint organisation of activities, events and programmes that portray Miri not only as vibrant but also as a green Resort City.

Mayor Lai was among around the 2,000-strong audience on the first night of the festival held at ParkCity Everly Hotel here on Friday night.

“The (Miri) city council welcomes any organisation and bodies including the private sector, to organise events either on their own or jointly with others and in collaboration with the city council,” he said in an interview during intermission.

Lai was accompanied by Sarawak Tourism Board director of events and corporate relations Angelina Patricia Bateman.

According to Angelina, Sarawak Tourism Board (STB) will collaborate with city council in organising Miri City Day Half Marathon.

Lai believed that the collaboration with STB will boost the popularity of both events in making Miri a tourist destination.

Meanwhile, there was widespread support for the staging of the Borneo Jazz Festival as it promotes the music and tourism industries, besides being a ‘jamming platform’ for local artistes to play alongside international musicians.

Associate Professor Razif Mohd @ Jeep, leader of the USM Mini Big Band (Malaysia) which also took part in the Youth Programme of the festival, was happy to be part of the festival.

“It gives a golden opportunity for young talents in Malaysia to display their skills and be motivated to improve,” he told thesundaypost.

“It is a great event to promote Miri and the music industry, although tonight, less people came but I believe more will come on the last night,” he said.

Local batik painters Noel Beluluk, and Jacqueline Rider, a volunteer with an NGO “The Helping Hands”, also strongly supported the festival, as it provides an avenue to do business and also charity.

“Through my paintings, including the well-sought after Hornbill painting and other ethnic designs, I help promote our state and also doing business to supplement my income,” said Noel who sold 25 paintings including 14 pieces on Borneo Jazz.

Jacqueline said “although we sold only 28 bags tonight, it was also gratifying to note that people support our efforts to help the Penan. This is part of our activities to raise funds for the needy Penans in Sarawak”. 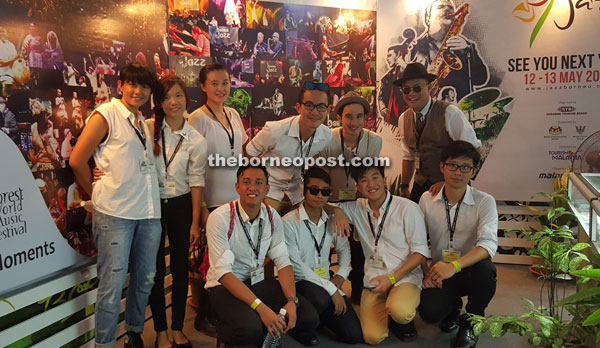 Leader Razif (back row right) with the USM Mini Big Band after their performance. 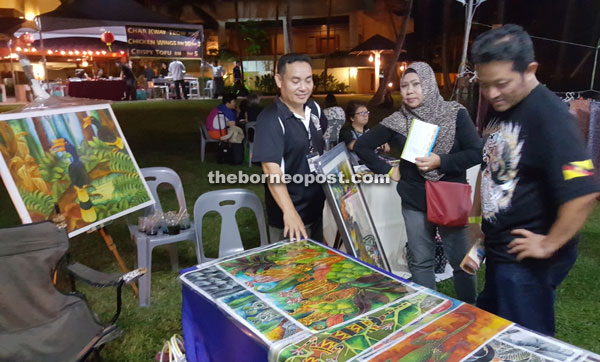