Thursday, August 13
You are at:Home»News»Sabah»76% of Malaysian adults have Thalassemia 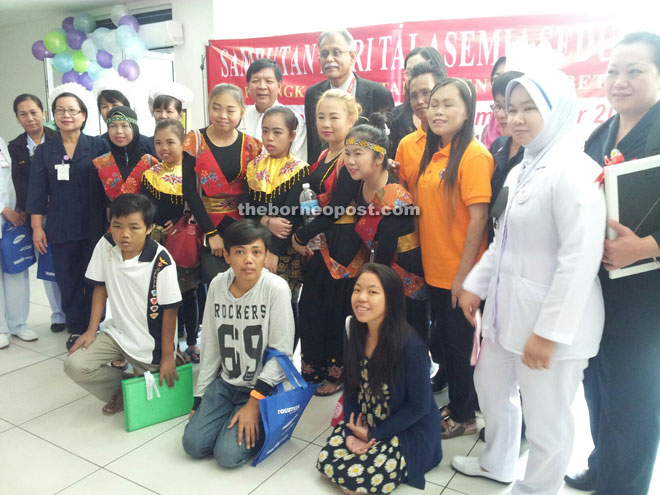 Dr Heric taking a group photo with the organizing committee and some of the Thalassemia pagtients. 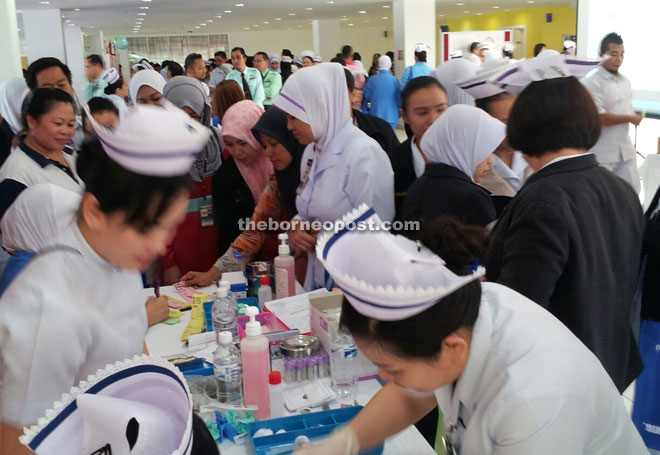 KOTA KINABALU : Members of the public are urged to do an early screening test for Thalassemia at hospitals and nearby clinics for early detection of the hereditary disease.

Queen Elizabeth Hospital (QEH) Director, Dr Heric Corray said Thalassemia is a hereditary disease that could be inherited through genes regardless of race and gender, and thus all levels of society should undergo a screening test for it before they get married.

Early screening test and knowing their health condition earlier, will help reduce and ensure that future generations do not inherit Thalassemia.

Dr Heric said this while officiating at the hospital’s World Thalassemia Day Celebration attended by 500 of its senior officials and staff held at QEH this morning.

“Record shows that in general, some 76 percent of the adult population in Malaysia have Thalassemia, but only 26 percent have undergone screening tests,” said Dr Heric.

Thalassemia is a group of inherited blood disorders that affect the body’s ability to produce hemoglobin and red blood cells, leading to a condition known as anemia and fatigue.

“Thalassemia’s patients have a lower than normal number of red blood cells in their bodies and too little hemoglobin at less than 10 gram per deciliter, and in many cases the red blood cells are too small,” he added.

Patients who have the Thalassemia genes are categorized as a Thalassemia major and requires continuous blood transfusion on a monthly basis.

The treatment has its setback, however, whereby it will cause the accumulation of iron in the vital organs such as the heart, liver and endocrine glands, thus resulting in multiple organ malfunctions, said Dr Heric.

Dr Heric urged the public and staff of QEH to play their roles in disseminating information on the hereditary disease to help reduce the possibility of future generations inheriting the disease.

Also present at the ceremony were chairman of the Sabah Thalassemia Association Francis Mujim.