Thursday, August 18
You are at:Home»News»Sarawak»Driver breaks leg in 4WD-van collision 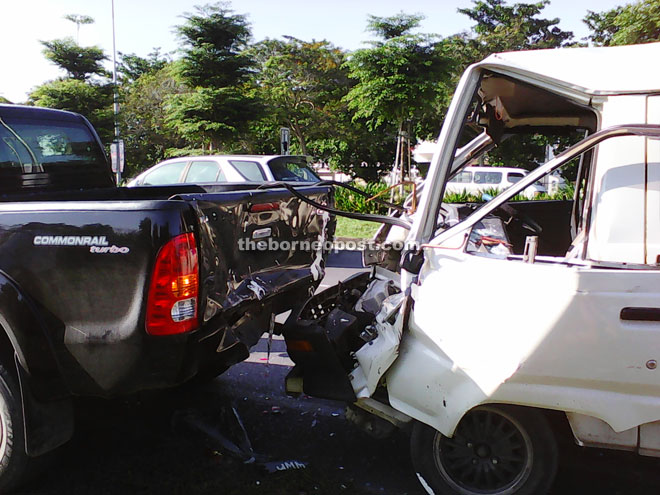 The two vehicles at the crash scene.

MIRI: A man in his 20s broke his left leg following an accident at Pujut 7 heading to Permyjaya yesterday morning.

He was travelling alone in the van when he rammed into a stationary 4WD vehicle parked by the roadside.

No one was inside the 4WD vehicle during the 7.30am incident as the driver had left the vehicle there for unknown reason.

Due to the impact of the collision the van was badly damaged, trapping the driver to his seat. He was helped out of the vehicle half an hour later by friends who came on a motorcycle.

“We were on our way to Permyjaya and upon passing the area we saw the victim’s right leg protruding out of the driver’s window,” said Mohd Asfraf when met at the scene.

They immediately pulled over and called up the hospital for assistance.

Police are still investigating the actual cause of the incident.