Monday, August 15
You are at:Home»News»Sarawak»Soldiers foil attempt to smuggle pickup into neighbouring country 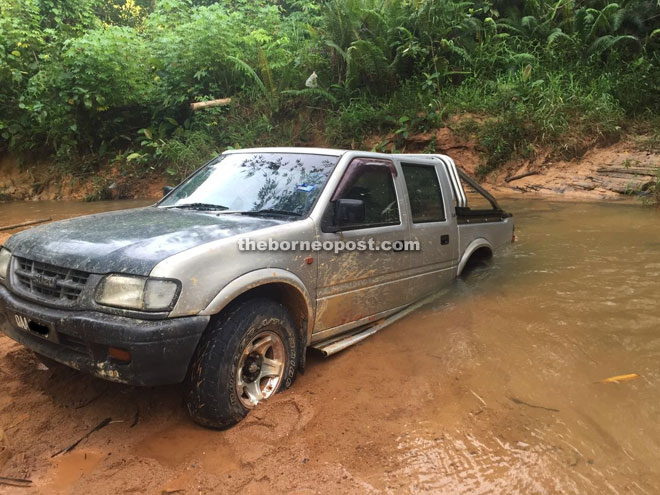 The stolen pickup truck abandoned at the river.

A press statement issued yesterday said that the soldiers made the discovery at 6.30am when they heard the loud revving of a vehicle coming from the river and immediately went to investigate.

They soon came across a silver-Isuzu D-Max attempting to cross the river and rushed towards it, prompting the driver inside to abandon the vehicle and disappear into the jungle.

The pickup truck was subsequently handed to the police, where it was learned that the D-Max had been reported stolen a day earlier from a house at RPR Batu Kawah around 1.30am.