Thursday, June 4
You are at:Home»News»Sabah»State govt should have full powers in education devt – PBS Youth 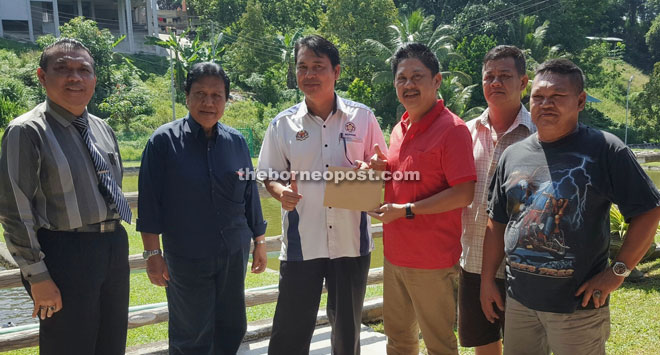 KENINGAU: The Federal Government has been urged to give full autonomy to the state government to take care of education developments, especially concerning school buildings and teachers quarters in the state.

State Parti Bersatu Sabah (PBS) Youth Chief, Datuk Jake Jikulin Nointin said this was to facilitate the management of the lack of school infrastructure so that it can be dealt with promptly.

“I proposed this so that all schools in rural areas that are still in deprivation can be helped in a short time,” he said when handing over a contribution from Jetama Sdn Bhd and Elton Chang to SK Buluh Silou here yesterday.

He was told that previously officials from the Ministry of Education (MOE) or from the state Department of Education had to monitor the needs of school development in rural areas.

However, he said, the reports took a long time to be submitted and sometimes were not even there, resulting in the school having to wait until the minister was replaced by another leader.

“And when this happens, the policy has also changed and the problem remains a report without any action taken.

“The best examples are several schools in the urban area in this district which are still in poor condition and not in line with the rapid progress that is found in this town,” he said.

Jake, who is also Liawan PBS Chief said there are also schools that get new buildings with only a small number of pupils while schools that are still in poor condition have many students.

As such, he suggested that the state government be given full powers to manage the development of education in the state in an effort to balance the advancement of education between urban and rural areas, as well as for the comfort of students and teachers.

He said that this would only focus on the development of schools and teacher quarters that are fully managed by the state while the others would still be under the Federal government.

“We want the application either by the school or the result of monitoring action can be taken immediately without waiting any longer as happens at the moment,” he said.

He said the hall is expected to be completed before the end of this year as a convenience to the school when organizing a program.

“The school is forced to use the area under the school building when a meeting or school activities involving students and parents are held.

“I hope that with the completion of this building, it would be able to give comfort to the citizens of this school,” he said.

At the same time, Jake also requested that corporate bodies come forward to provide assistance to schools that need help in this area, including SK Buluh Silou.

Jake handed over to the assistance to SK Buluh Silou Headmaster, Ridwan @ Juanis Dorulou at his (Jake) residence.