Tuesday, August 9
You are at:Home»News»Sarawak»‘Feel free to criticise, but be constructive’ 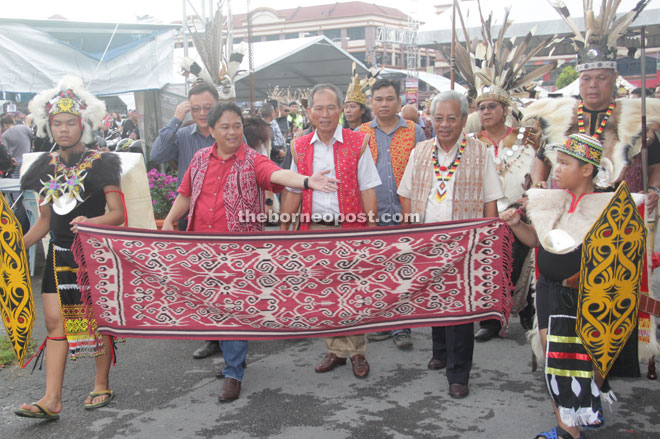 Masing (second from right) joins the Gawai parade in MJC before the closing ceremony. Also in the photo are organising chairman Rogies Meringgai (second left) and Salang (third left). 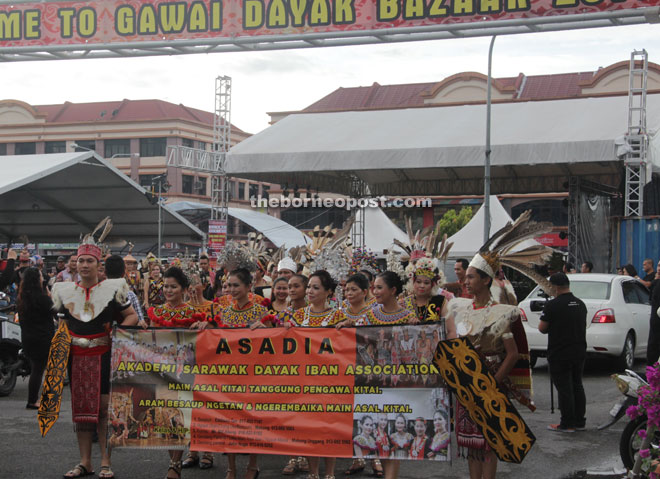 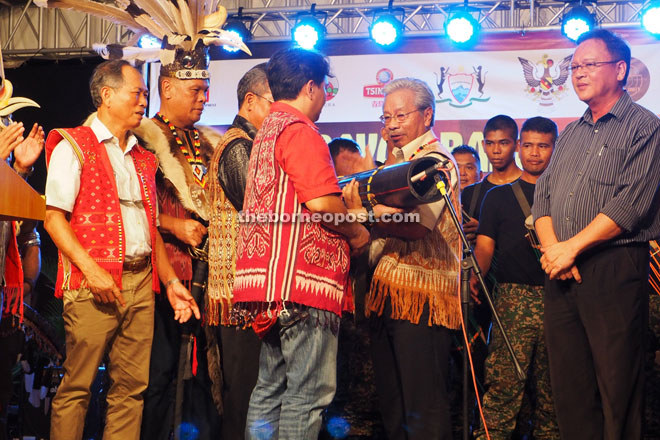 Masing performing the closing gimmick on the main stage.

Speaking at the closing of the inaugural Kuching Gawai Dayak Bazaar on Sunday, he acknowledged the fact that the Dayaks were often critical of their elected representatives, especially the newly elected ones.

As such, he advised these new Dayak elected representatives who won in the May 7 state election not to be scared of being corrected by the people if what they had done is deemed wrong.

“We improve (ourselves) by listening to what people are telling us. You (the people) may have been critical of these YBs (elected representatives).

“But when you’re being critical with us, please be constructive in your criticisms. (As for myself) I stand to be corrected if I have done wrong,” he said.

Masing, who is also Minister of Infrastructure Development and Transportation, said it was difficult to get Dayaks together in politics due to their diverse interests.

“But the fact that we are Dayaks should be enough to get us together to move forward as a group.

“We should get together and forge a common objective to gear the community towards developing a better life through economic activities. This is so that we can compete and work together with other communities to develop this country,” said the PRS president.

On another matter, he said he and other Dayak elected representatives would help ensure Kuching Gawai Dayak Bazaar is held annually.

He said Gawai Dayak Bazaar was a good initiative as it provided business opportunities for the Dayaks to earn more money for the festivity.

“Before this, not many people saw Gawai Dayak as a business opportunity despite it being already celebrated for so many years. With this Gawai Dayak Bazaar, we, the Dayaks, can have opportunities to make more money for ourselves and at the same time raise the profile of this festivity.”

GADS was also the prime mover in organising the first-ever Gawai Dayak Bazaar in Miri last year. They have plans to organise more in other places statewide.