Wednesday, January 22
You are at:Home»News»Sarawak»Spike in dengue cases this year — Dr Zulkilfli 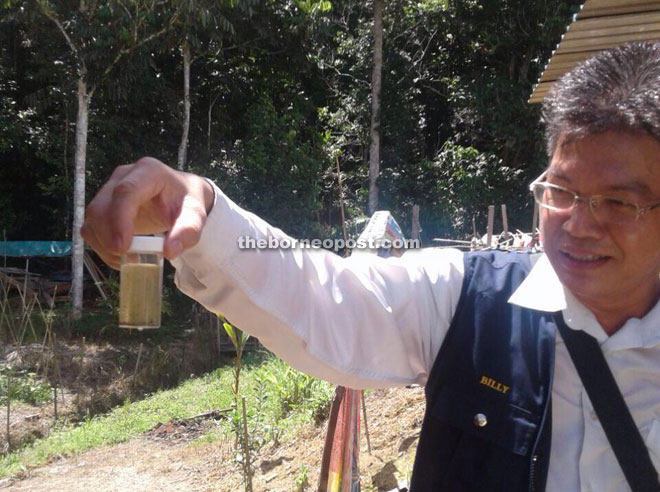 KUCHING: The number of dengue cases in Sarawak has somewhat increased after the recently concluded state election.

Four dengue deaths have been reported so far this year – two in Sibu District and one each in Meradong and Song districts.

Sarawak health director Datu Dr Zulkilfli Jantan thus urged members of the public to take precautions. He also said they should be extra cautious because of the expected increase in the number of dengue cases due to mass movement of people during Gawai Dayak celebration and the school holidays.

He pointed out that throughout Malaysia, dengue cases are on the rise and the disease has spread from urban settings to rural areas.

“The causes include high number of mosquito breeding spots within our surroundings especially in rural areas and changes of the dengue virus serotype that affect our country,” he said.

As such, he advised community leaders such as pemanca, penghulu, kapitan and tuai tumah of every longhouse and village to carry out ‘gotong royong’ during the weekend to ensure that their compound is clean and free from aedes mosquitoes.

He also called on members of the public to search and destroy mosquito breeding spots and maintain cleanliness of their residence at all times, stressing that doing this at least 10 minutes every week can save families and the communities from the threat of dengue fever.

He also said the public must cooperate with the relevant health authorities when dengue control activities are being carried out, including by allowing inspection teams and control teams to enter their premises whenever required. Anyone who shows any signs and symptoms of dengue fever are advised to seek medical treatment immediately at a nearby clinic or hospital, he added.

“The Vector Borne Disease Control Unit both from Health Department and the local authorities have carried out all the necessary control measures to deal with any reported cases and outbreaks in the state.

He disclosed that since January, a total of 88,846 premises had been fogged and 46,168 premises were inspected. Out of the 46,168 premises inspected, he said 1,318 were detected to breed aedes mosquitoes while 1,274 were breeding aedes albopictus and 44 premises breed aedes aegypti species.

During the same period, a construction site was closed for seven days for breeding aedes mosquitoes and a total of 174 compounds were issued with compound fees of RM87,000.

“Owners or those responsible for public premises such as eateries, coffee shops, markets and shopping malls must improve the level of cleanliness of their premises. This is important to prevent premises from becoming breeding places for aedes mosquitoes which are the sources of transmission for dengue fever. A compound of RM500 will be issued to anyone found with aedes mosquito breeding spots within their premises,” he said.