Saturday, October 1
You are at:Home»World»N. Korean leader’s aunt runs dry-cleaner in US: W.Post 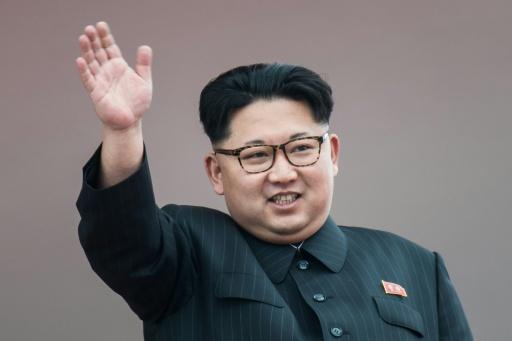 WASHINGTON:  The aunt of North Korea’s supreme leader Kim Jong-Un lives anonymously in the United States, where she runs a dry-cleaning business after having defected in 1998, The Washington Post reported Friday.

Ko Yong-Suk — who lives with her husband Ri Gang and their three children under assumed names — was the sister of Ko Yong-Hui, one of former North Korean leader Kim Jong-Il’s wives and mother of Kim Jong-Un.

The couple was sent to Switzerland to look after members of the ruling family studying there, including the reclusive state’s current leader.

“He wasn’t a troublemaker but he was short-tempered and had a lack of tolerance,” Ko said of Kim in an interview with the Washington Post in New York City and at her home, which was identified only as “several hours’ drive away”.

“When his mother tried to tell him off for playing with these things too much and not studying enough, he wouldn’t talk back but he would protest in other ways, like going on a hunger strike.”

Ko’s own son was born the same year and the two boys would play together.

“He and my son were playmates from birth,” she told the Post. “I changed both of their diapers.”

“He started playing basketball, and he became obsessed with it,” she said, adding that he even slept with a basketball.

Kim is reported to have been a Michael Jordan fan and as leader he has hosted former basketball star Dennis Rodman several times in Pyongyang.

Kim knew from 1992 that he would become North Korea’s leader, Ko said. The signal came on his eighth birthday when he received a general’s uniform and the country’s military top brass began bowing to him.

It remains unclear why Ko defected to the US, where she arrived with her husband after showing up at the US Embassy in the Swiss capital Bern.

However, Ko’s sister had terminal breast cancer and the couple believed they might lose their privileged status after the children they were charged with looking after in Switzerland grew up, the Post reported.

Analysts suggested that they may have also been concerned about their position if Ko’s sister — their link to the regime — died.

After months of questioning, the family was eventually resettled in the US a few hours drive from New York City where they started new lives under assumed names not revealed by The Washington Post.

They brought a house with financial help from the CIA.

“My friends here tell me I’m so lucky, that I have everything,” she said.

Ko’s three children went to college and found jobs in the US, the Post reported.

Though the couple still cooperate with the CIA, Ko’s husband Ri insisted they betrayed no secrets.

“They (the CIA) thought we must know some secrets, but we didn’t know anything,” he said. “We were just looking after the children and helping them study.”

The couple are careful about their privacy and in what they say about the nephew “to whom they repeatedly refer as ‘Marshal Kim Jong-Un’,” the Post said. – AFP