Wednesday, June 16
You are at:Home»News»Sarawak»Fire drama at Petra Jaya Clinic, all safe after scare 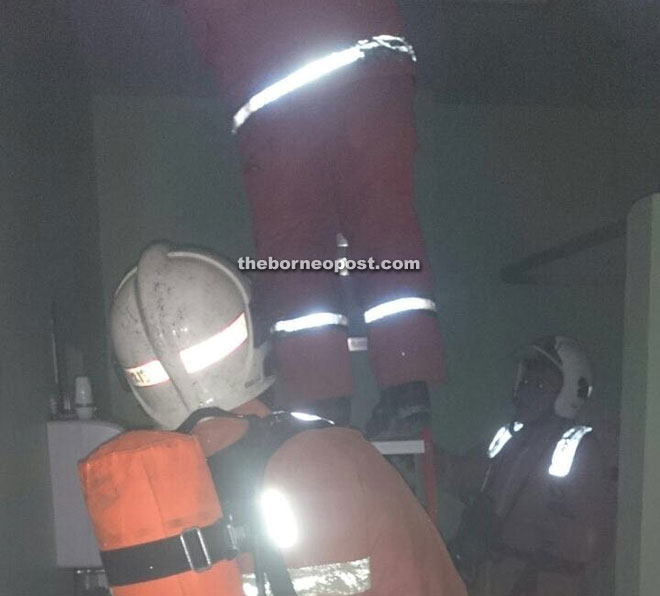 KUCHING: Petra Jaya Clinic was faced with a minor emergency when a fire broke out at its Physiotherapy Department yesterday.

According to State Fire and Rescue Department (Bomba) Operation Centre , a distress call around 1.30pm sent Petra Jaya Fire Station team scrambling to the scene when smoke was seen rising from the third floor.

However, it was fortunate that the fire involved only a ceiling light where firefighters extinguished the flames with only a fire extinguisher.

The fire was brought under control within 11 minutes and the drama ended at about 2pm.

Bomba’s Hazmat Unit (hazardous materials) was also deployed to the scene to inspect the air quality at every level of the building to ensure that the clinic was safe to be put back in operation.

The operation was led by Petra Jaya fire station chief Muhammad Mirza Dzalmira Miraj who said no casualties were reported but the root cause of the fire was being investigated.

In an unrelated case, a family was made homeless when their house at Kampung Baru in Kota Samarahan was gutted at 5.40pm yesterday. There were no casualties.

Samarahan and Tabuan Jaya Bomba teams were deployed to the scene.

In another unrelated case, a compact car was destroyed by fire at Jalan Datuk Abdul Rahim at around 2.45pm yesterday.

The Kuching Bomba team rushed to the scene after receiving an emergency call from the public.

The fire was extinguished within 10 minutes.