Friday, June 25
You are at:Home»Columns»Perspective»Where the boys are 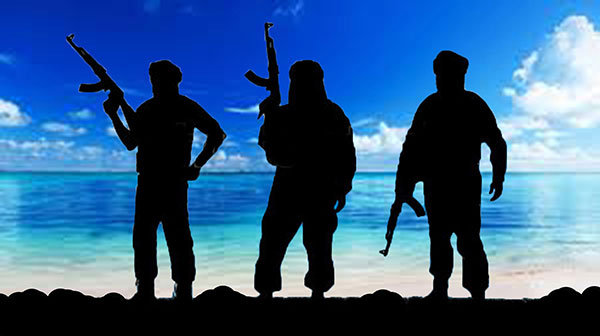 IN 1960 the popular songbird of the time, Connie Francis, topped the charts with the song, ‘Where the boys are’. No, I am not getting nostalgic. It is just that the theme is ringing in my head: “Where are our boys?” I am referring to the four men from Sibu who were kidnapped by the notorious Abu Sayyaf militants.

It was just over two months ago when it was reported that four crew members – all from Sibu – of a tugboat travelling from Manila in the Philippines towards Tawau, Sabah, were abducted by armed men. According to Sabah police commissioner Datuk Abd Rashid Harun, “from the initial report received, at 6.15pm on Friday, a boat with about eight armed men boarded a tugboat in the waters near Ligitan Island, off Semporna. The armed men abducted the four Malaysian men and left the five other crewmen – three Myanmar nationals and two Indonesians – unharmed”.  As is now the standard response from the authorities, we are urged not to speculate as they are doing their best to deal with the matter. Even the spokesperson for the company that owns the tugboat only had this to say when contacted: “I’m sorry, I cannot provide any details on the incident as a police report has been filed and we’ll let the authorities investigate the matter.”  Since then there has been a virtual news blackout over that incident. In desperation the families of the victims appeared at political rallies. They got on the stage to appeal to the political candidates to highlight their plight. Deputy Prime Minister Datuk Seri Dr Ahmad Zahid Hamidi cautioned an opposition party against politicising the issue. “The DAP is capitalising on the matter. This is not something that it should do to aggravate the emotion of the families. The truth is efforts are ongoing to secure their release. We are in talks with the Philippine authorities and the militant groups involved in the kidnapping,” he said. “Don’t politicise the issue” is a catch phrase in Malaysia for a gag order. It proves to be very effective. Since then the silence on this very criminal of criminal acts has been deafening. It has been two months and the families are still suffering in silence.

It has gotten even more telling when it was announced that 10 Indonesian sailors who were abducted about the same time as the Malaysians were released after being held captive for about four weeks. Apparently the Indonesians have been talking to Sulu Governor Toto Tan and enlisted the aid of the Moro National Liberation Front (MNLF) to mediate with the Abu Sayyaf to help in the release of the Indonesian hostages.

I wonder if our authorities can borrow a leaf or two from the Indonesian book of negotiation? Of course they say they do and that they are leaving no stones unturned in the quest to secure the release of our boys. I can still remember the words of our Deputy Prime Minister, “The truth is efforts are ongoing to secure their release. We are in talks with the Philippine authorities and the militant groups involved in the kidnapping.”

Hmm, we may be reading the same book but are we on the same page? Of course, the crime of kidnapping is excruciatingly difficult to deal with. It is an emotive issue and the keyboard warriors and coffeeshop analysts are going berserk with their theories and proposed solutions. Most of them are totally uninformed and misguided – like my friend Bobby who declared that the solution is just to send in the army and wipe them out. Following up with his own logic he believes that the Philippine government is in cahoots with the Abu Sayyaf, that is why they have not done so.

Of course, the news report that the Indonesians were contemplating sending in their commandos to do just that added fire to this harebrained proposal. My suggestion for those who harbour such thoughts is that they should acquaint themselves with the many studies relating to the Philippines’ response to the Abu Sayyaf. They could start with the MA thesis by Colonel Eusaquito P Manalo, ‘Philippine response to terrorism: the Abu Sayyaf group’. They will know getting rid of this particularly violent pest is not as easy as swatting flies. Incidentally, at least 200,000 Filipinos have been killed in the protracted war in the Southern Philippines. A war that spawn such terror groups as the Abu Sayyaf.

Still others would state vehemently, “No, never pay the ransom. That would encourage them to commit more crimes and also help to finance their terrorist activities.” Of course, they are right but tell that to the families of the Kuching man and the Canadian who were beheaded recently.

In the present atmosphere it is vogue to suspect that the authorities concerned are heartless and are sitting on their hands. However, we all know that this heinous crime is particularly complex and intricate. I would not even pretend to have an idea of how to resolve it.

I know it sounds defeatist but I suppose the best we can come up with is to pray for Divine intervention. After all Abu Sayyaf (The bearer of the sword) invoke His name to justify their actions.

Oh, by the way these boys from Sibu are not just kidnap victims. They have families, loved ones and names: Wong Teck Kang, 31; Wong Hung Sing, 34; Wong Teck Chii, 29; and Johnny Lau Jung Hien, 21.