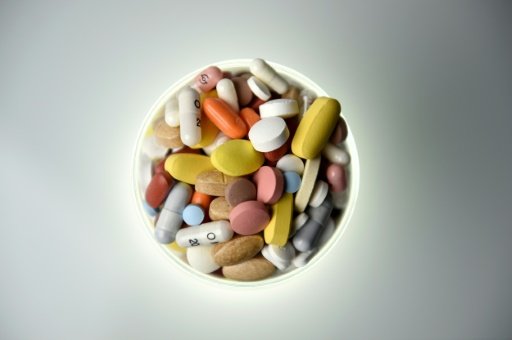 Most available antidepressants are ineffective for children and teenagers with major depression, and some may be unsafe, according to an overview of medical literature published on June 8, 2016 -AFP photo

PARIS: Most available antidepressants are ineffective for children and teenagers with major depression, and some may be unsafe, according to an overview of medical literature published Thursday.

Only one drug, fluoxetine, was found to work better at relieving the symptoms of depression than a look-alike placebo with no active ingredients, said the study, published in The Lancet.

Another drug, venlafaxine, was linked with an increased risk of suicidal thoughts and attempts compared with placebo and five other antidepressants, it reported.

More broadly, there is a paucity of well-designed clinical trials on the impact of these drugs on youngsters, the authors cautioned.

“The balance of risks and benefits of antidepressants for the treatment of major depression does not seem to offer a clear advantage in children and teenagers,” said co-author Peng Xie from The First Affiliated Hospital of Chongqing Medical University in China.

The international team of researchers recommended that youths taking such medications be monitored closely regardless of the antidepressant chosen, particularly at the beginning of treatment.

They also called for more transparency and information sharing, lamenting in particular the lack of data at the individual level.

“We can?t be completely confident about the accuracy of the information contained in published and unpublished trials,” lead author Andrea Cipriani at the University of Oxford said in a statement.

Major depressive disorder affects about 3 percent of children aged 6 to 12 years, and about 6 percent of teenagers aged 13 to 18 years.

Many clinical guidelines recommend psychological treatments as the first-line treatment for depression.

But in the United States, for example, the use of antidepressants has slowly increased between 2005 and 2012.

The proportion of US children and teenagers taking antidepressants climbed from 1.3 to 1.6 percent, and in Britain from 0.7 percent to 1.1 percent, the study showed.

Two-thirds of the trials were funded by pharmaceutical companies.

In a comment, also in The Lancet, Jon Jureidini from the University of Adelaide in Australia questioned whether the lack of data about individual patients obscured the true number of suicidal events.

“Claims that appropriate access to such data is incompatible with intellectual property constraints and patient privacy must be strongly resisted.” -AFP