Tuesday, June 15
You are at:Home»News»Sarawak»Lun Bawang Festival returns to Lawas in full glory 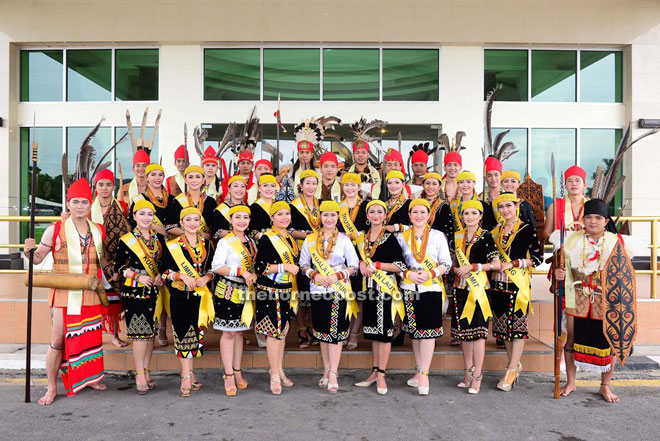 This year, the festival made a comeback to Lawas town after it was held outside of the town in the last two years, namely at Ba Kelalan in 2014 and Long Tuan, Trusan, in 2015.

The centre of attraction was held along the Lawas Damit Road where sporting activities like futsal, volleyball, badminton and road run were held while the opening ceremony and cultural performances were held at the main stage in Lawas town.

The highlight of the festival was the annual search for the crowning of ‘Ruran Ulung’ and ‘Padan Liu Burung’, the beauty pageant and warrior contest. This year saw 40 delegates competing for the coveted title worth more than RM15,000. Prize sponsors included Stayfree, Zalora, Kiss Me, Moist Diane, Watsons, Ran & Nong Creations and Lepo Maria.

More than 10 subsidiary titles were given out to deserving delegates. Miss Stayfree subsidiary title was given to the Ruran Ulung candidate who portrayed confidence throughout the competition, and this was awarded to Kaith Princess Reyes Jettle of Long Pasia representing Limbang. She received RM1,000 cash from Stayfree.

During the festival period, the 40 delegates for Ruran Ulung and Padan Liu Burung attended a motivational workshop led by Joshua O’neill from Federation University of Australia-Malaysia. The delegates also toured the Ceramic Beads Centre in Long Tuma where the Lun Bawang beads were produced since 1991 at the centre.