Sunday, October 17
You are at:Home»Features»Bejalai of a different kind 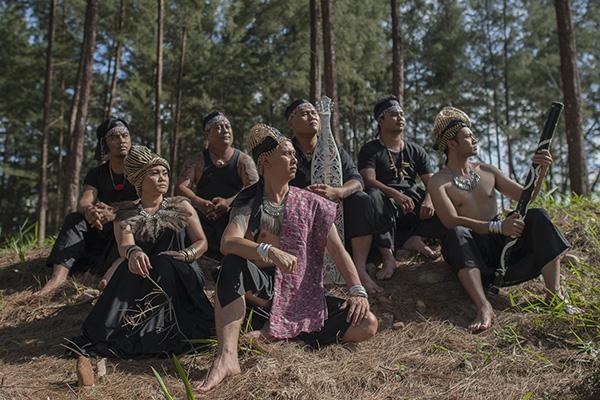 The avant-garde Borneo ethnic music group believes that old traditions are not mutually exclusive from contemporary expression and modern ways of living.

WHILE many of their peers were at home celebrating with families and loved ones on the first day of Gawai, the seven members of Nading Rhapsody (NR) and their road manager Florence Lasam were getting ready to embark on a 12-hour flight, heading out of the country to the Hague in the Netherlands.

Their destination — the 58th Tong Tong Fair, billed as the largest Eurasian fair in the world. The group is scheduled to hold a total of four performances and two workshops to showcase their interpretation of Sarawak’s rich ethnic music and lyrical traditions.

It would be painful missing out on the Gawai festivities but the sacrifice is something they have taken in their stride, Azhfar Raimi (vocals-chants) and Royston Kulleh (vocals-poet-chants) told thesundaypost a few days before their departure.

“This is one of our best achievements so far. I think our great-grandparents would be very proud,” Royston said.

Tong Tong marks the group’s first performance outside of Malaysia and their first in Europe.

It is a significant milestone for this self-billed avant-garde Borneo ethnic music band which is no stranger on the local music festival and arts circuit. Among others, they have performed at the Rainforest World Music Festival, the Penang World Music Festival, and more recently, at Diverse City: Kuala Lumpur International Arts Festival.

It is also a vindication that their decision to make traditional ethnic music and culture the focus of their musical expression was the right one.

As a self-managed independent band without the marketing strength of an established label nor the benefit of a seasoned manager or producer, it has been a challenging journey and a steep learning curve for them to get to where they are today.

When thesundaypost first interviewed NR in 2014, they were energetic and passionate about bridging the gap between the traditional and the contemporary as well as their peers and their elders but still somewhat uncertain of the best way to do it and whether they were on the right track, and if this path would work out in the long run.

Now two years later, they haven’t lost their energy and passion but their resolution has been strengthened with the self-awareness, wisdom and tenacity that come from being much further along on their journey of self-discovery of their cultural roots and identities — not unlike the Iban coming-of-age tradition of bejalai when young men left their longhouses to better themselves in search of knowledge, adventure, fortune and glory.

Azhfar, better known as Opah, revealed NR was first invited to perform at Tong Tong by the event’s music director Arnaud Kokosky in 2014 but was only able to raise the funds to go this year — thanks to a RM30,000 grant from the Royal Arts Gala Fund (Royal Arts), a collaboration between My Performing Arts Agency and the National Department for Culture and Arts.

The fund was established to help Malaysian art practitioners look beyond our shores to develop the local performing arts, including promoting their work overseas, collaborating with international artistes and producers, developing technical skills and management know-how and undertaking documentation and research.

Grants range from RM1,000 to RM30,000. NR received the maximum amount — just enough to cover flight tickets to the Hague. Tong Tong stepped in to take care of their accommodation, food allowance and  ground transportation once they arrive but all other expenses will come out of their own savings.

Royston told thesundaypost NR is proud to have this privilege to represent Sarawak and her people and culture in Europe. It is not something the group takes for granted because it did not happen overnight.

“We had to learn to do everything ourselves — the marketing and promotion, the management, the negotiations — in addition to developing ourselves as performers. We have to multi-task, so we have learnt a lot and this is something which will be useful for our future,” Royston explained.

“At the end of the day, the struggle, the fight, the achievement and the feeling are totally different than if say, this was something (sent to us on  a silver platter) when all we have to do is concentrate on our performance,” Opah added.

It meant constantly knocking on doors, applying for every art funding or grant project they came across, attending as many music conferences and networking events as they could, and having thick skins to walk up to people they didn’t know to introduce themselves and hand out recordings and media briefs.

It is all the more challenging because the group members are not full-time performers. The time and energy required to juggle their jobs, family  and music never seems to be enough.

Along the way, they faced many dead-ends but some of those encounters would also open the doors to other opportunities, such as in the case  of the grant from Royal Art which was preceded by a serendipitous series of encounters and events.

The invitation to perform at Tong Tong was also the result of serendipity. They first met Tong Tong’s music director Arnaud Kokosky in 2013 during the Borneo World Music Expo.

However, things didn’t start to happen until the following year when they met him again during that year’s Borneo World Music Expo and he was able to witness their performance at the Rainforest World Music Festival.

He then invited NR to perform at Tong Tong but it wasn’t until this year with the Royal Gala grant that they were able to finally afford to go to the Hague.

On behalf of NR, Royston and Opah expressed their deepest thanks to Arnaud for being willing to keep the invitation open to them and also to the various organisations and individuals who have encouraged and supported them over the years and helped them in their journey. 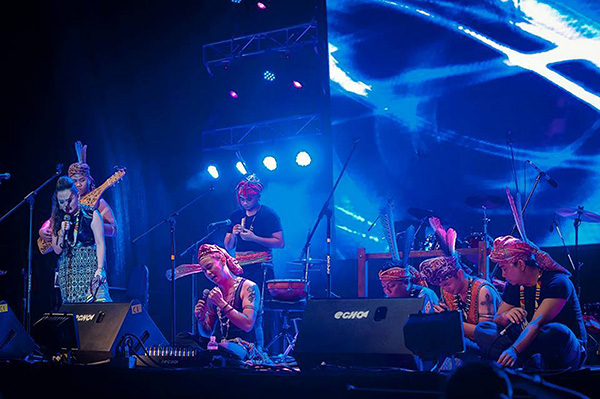 Despite adding this latest feather to their cap, the group consider their bejalai far from over as their intention from the very beginning has been about using music to convey messages and lessons about culture, identity and finding a deeper spiritual and cultural purpose and meaning.

“We sacrificed not just our time and pride but also our face (air muka) to convince people this is what we really want to do — not only up to the international level but we want to go further as an independent group.

“Actually, I see ourselves as the chosen ones who still want to carry on our (ancestors and elders) legacy. There are very few people willing to do this. This is our struggle,” Royston pointed out.

“The music industry has evolved and tastes have changed. There are more ethnic music bands coming up and appearing in the mainstream but we will still stick with what we originally set out to do.”

Royston and Opah see it as a most welcome development now that there are many more groups and individuals skilled in playing Sarawakian ethnic music and instruments.

However, they are concerned some may miss the deeper connections to their cultural identities and traditions because they are playing mainly for the sake of showing their skills and focused on getting discovered as the next big thing.

Opah said while being known in the media and the public is not a bad thing, it was also important to be discovered for the right reasons by the right people and at the right time and place.

“Some people see NR as stuck in our ways and not getting anywhere. People question why are we not like this group or that group, or why don’t we join televised competition or talent shows and get publicity that way. But that is not our struggle. We have our own way. We don’t want for the sake of fame and commercialisation that what we do  loses its meaning,” Roy shared.

One matter which concerns Royston and Opah is when certain ethnic practices such as chants and rituals are performed purely for entertainment purposes.

Royston added it was important to respect certain taboos and honour the cultural context and spiritual significance of those things.

Opah shared that initially, when NR was formed, they took part in competitions because they enjoyed performing as a group. But later, they came to realise what they actually wanted was different.

“It’s not to say it’s wrong to compete or perform or market yourself that way. But that’s not for us because we’re not like that. They have their own way and we have our own way. The market is different, our purposes are different,” she explained.    “The common perception, especially here, is we should be doing the things which will sell us and make us more popular. Some people think what we are doing will not get us anywhere because we are not doing the things that will make us more commercial.

“But that’s what we want to prove to people — that it will get us somewhere, that we will go somewhere. And we are going somewhere. It’s not necessary to go all commercial but be left with no quality at all. Is your achievement based on how many records you sell or on how many hearts and souls are connected to what your piece is conveying?”

However, both Opah and Royston are quick to emphasise that is not to say  there is no room for individual self-expression or contemporary adaptations or interpretations in ethnic music.

“We don’t follow the traditional styles and performances strictly. What we try to portray through our music is ourselves. It’s related to who we are as individuals, growing up differently in different environments. Our influences are different so how we express our music is different,” Opah said.

“But we don’t lack the old traditions. Yes, we are budak moden, tapi benda yang lama masih ada, nya sik di tinggal (yes, we are children of the modern age, but the old things are still there, and will not be left behind).

“In the process, we are discovering and expressing our own identity and meaning from how we fit these pieces together.” 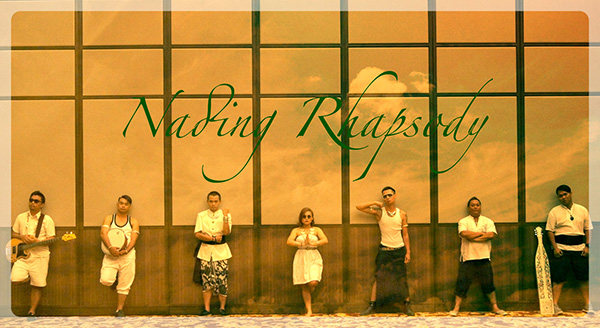