Saturday, February 29
You are at:Home»News»Sabah»Call for parking bays for tour buses at Jesselton Point 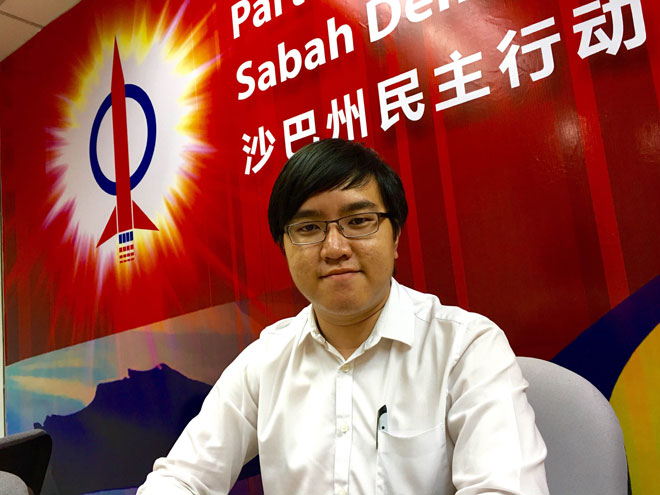 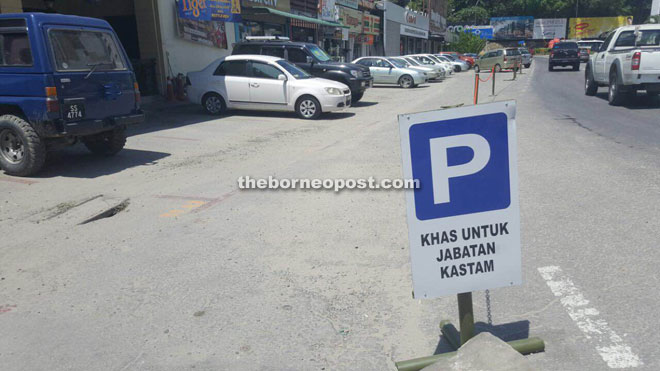 The sign says that this area at Jesselton Point is specifically for the Customs Department.

KOTA KINABALU: DAP Sabah has urged the Kota Kinabalu Mayor to provide proper parking bays for tour buses at Jesselton Point after the recent closure of parking bays there sparked an outrage.

DAP Sabah publicity secretary Phoong Jin Zhe claimed that the move was seen as unwise as it caused much trouble to tour operators.

The closure is due to a change recently where these parking lots are now allocated specifically for the Royal Customs Department.

“I learn that there has always been a problem for tour buses, especially those big tour buses such as 25-seater bus to disembark or embark tourists at Jesselton Point because of limited space.

“So tour operators have to embark or disembark tourists in front of Jesselton Point that usually causes traffic congestion off the road,” he said in a statement.

Phoong said this decision is unacceptable because tour buses are now forced to drop tourists elsewhere,

According to him, the feedback he received from affected parties was negative.

“This move not only causes serious inconvenience to tourists, but also tour operators who are having difficulties to find the parking bay to disembark the tourists,” he added.

He noted that these parking bays are under the authority of City Hall, and for all these years, it has been a common practice for tour operators to drop tourists at Jesselton Point.

“Prioritising the Customs Department without offering an alternative solution to tour operators means the tourism industry of Sabah is held at ransom,” he lamented.

Phoong, who is also DAP’s coordinator for Luyang constituency, called on the relevant authorities to look into the issue comprehensively. He and his assistant coordinator Geroge Wong yesterday took the initiative to seek City Hall’s reasoning on this matter.

According to a City Hall officer, this is a temporary measure due to the construction works in the Customs office building.

Phoong, nevertheless, was dissatisfied and dismissed the reasoning.

He said such decisions must come with an alternative solution for the existing tour operators so that the tourism industry which is a core income generator for Sabahans, would not be affected.

Previous Article50% of success due to focus, students told
Next Article Uphold spirit of oneness – Musa