Tuesday, May 24
You are at:Home»Sports»Football»Croatia and Czech Republic draw 2-2 in flare-disrupted Euro 2016 match 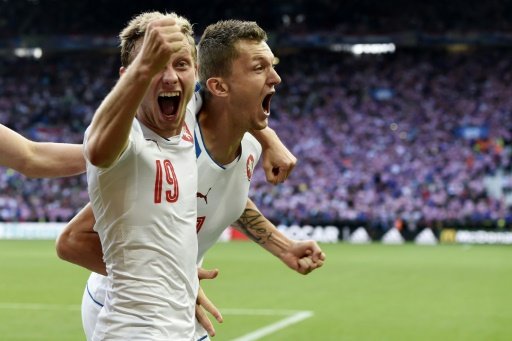 SAINT-ÉTIENNE, FRANCE: Croatia blew a two-goal lead and could face UEFA sanctions after flares thrown from the crowd interrupted their Euro 2016 2-2 draw with the Czech Republic on Friday.

The match was suspended for nearly five minutes with Croatia leading 2-1 when flares were thrown on from the end of the stadium housing Croatian supporters.

When play resumed, Tomas Necid’s penalty four minutes into stoppage time handed the Czechs a point after Milan Skoda had pulled a goal back 14 minutes from time. 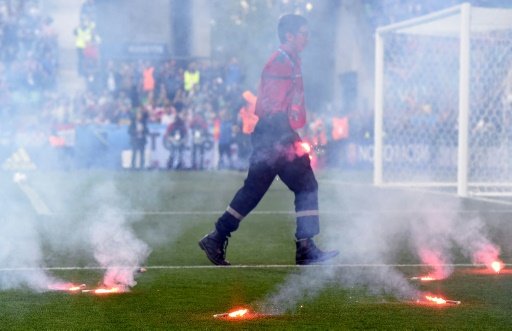 A fire fighter extinguish flares lobed onto the pitch during the Euro 2016 group D football match between Czech Republic and Croatia at the Geoffroy-Guichard stadium in Saint-Etienne on June 17, 2016 -AFP photo

The flares appeared to come from the Croatian supporters’ section. UEFA are almost certain to open an inquiry into the incident.

Croatia were leading 2-1 when English referee Mark Clattenburg halted proceedings so the flares could be extinguished. -AFP