Monday, September 21
You are at:Home»News»Sarawak»Muslim converts treated to breaking of fast 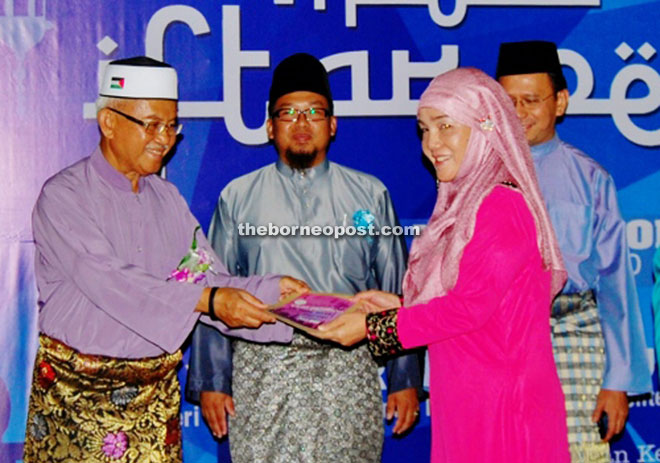 Talib presents a donation to a new Muslim convert as (from left) Salleh and Arif look on.

The event was officiated by Assistant Minister for Infrastructure Development Datuk Talib Zulpilip.

In his speech, Talib emphasised on unity and solidarity in Islam ading that religion should not be used as a tool to divide the community.

“Islam should not be misunderstood as a religion of violence but a religion which promotes peace,” said Talib who is also Assistant Minister for Urbanisation and Jepak assemblyman.

Earlier, the programme director Ustaz Salleh Morshidi said the event was a good platform to get to know the new converts.

“This is the first of such event held in the division which is also supported by various agencies and I would like to thank all contributors,” he said.

HCF is an organisation that

helps the community to understand Islamic teachings, provide training and become a support centre for those who converted to Islam.

There are a total of 27 HCF branches in the country with Sabah accounting for most of the branches.