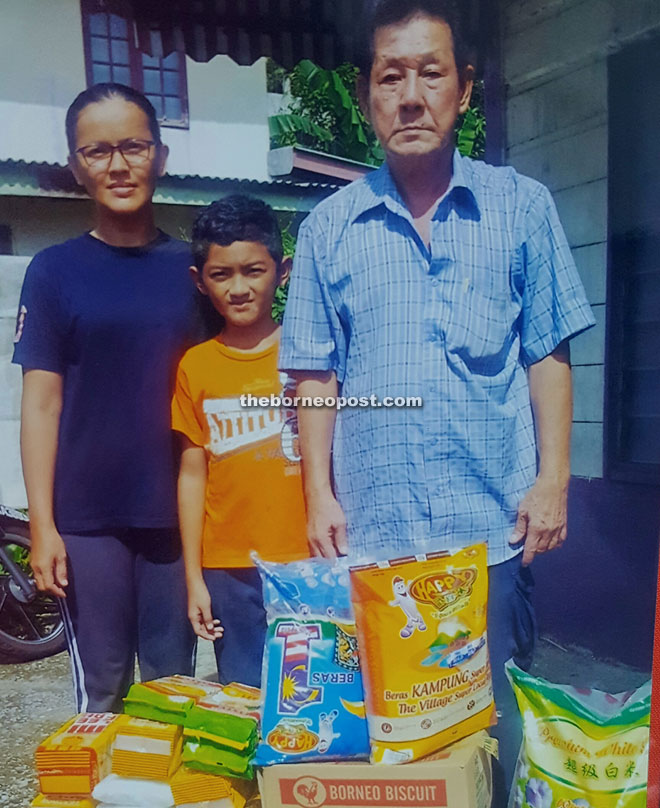 According to volunteer social worker Lim Chee Haw, the donations came from various kind-hearted people who wished to alleviate the sufferings of the poor and needy in society.

Chai Siaw Ping and Ismawaty Mohamad are from Muara Tuang and Kampung Sambir respectively. Chai has two children aged seven and 10 years while Ismawaty is a mother of three children aged eight, 12 and 17 years.

“Ismawaty lives with her old parents in the village and works as a store helper while Chai works as a shop cleaner. Both are struggling to make ends meet to feed their families,” added Lim.

Lim visited them recently to hand over donations in the form of food items and basic necessities.

As for Chai, she received RM100 from good Samaritans who visited her together with Lim.

On another matter, Lim said he can assist in helping poor non-Muslim families in acquiring coffins during their times of bereavement.

Apart from that, he said he does charity work for free for the sake of helping the poor and needy besides collecting donations from people who wished to remain anonymous.