Friday, May 7
You are at:Home»Borneo Post Adventure Team»A strange encounter with North Koreans in the jungle of Selantik 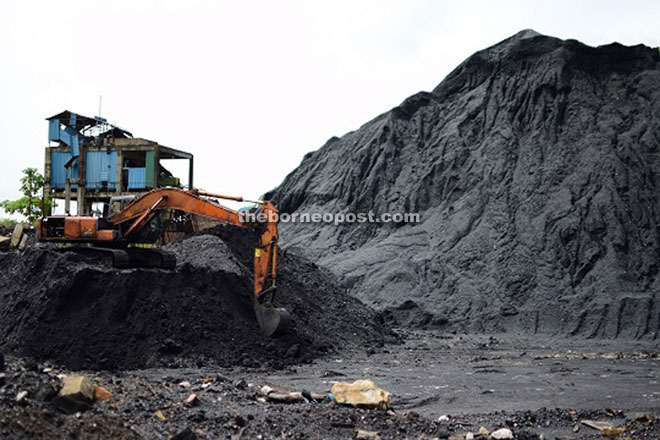 The coal mine in Abok. 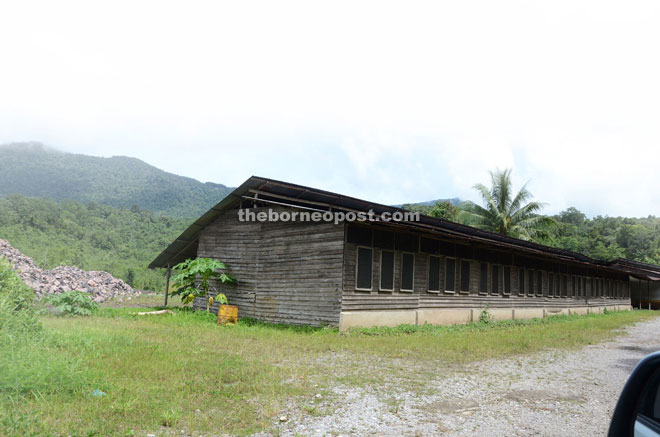 Quarters of the North Korean workers at Selantik coal mine. 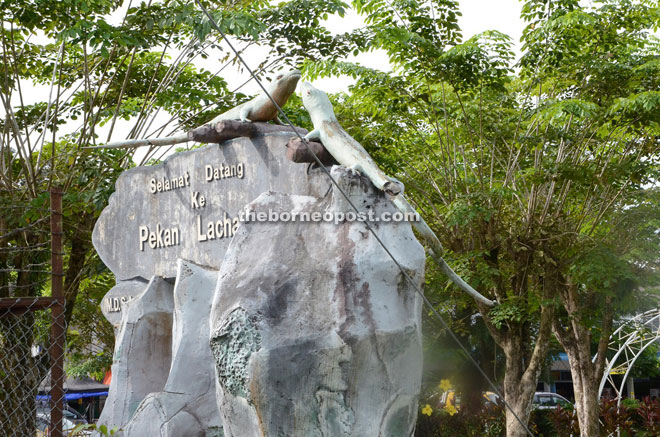 The ‘lachau’ lizards which is the icon of Lachau Bazaar. 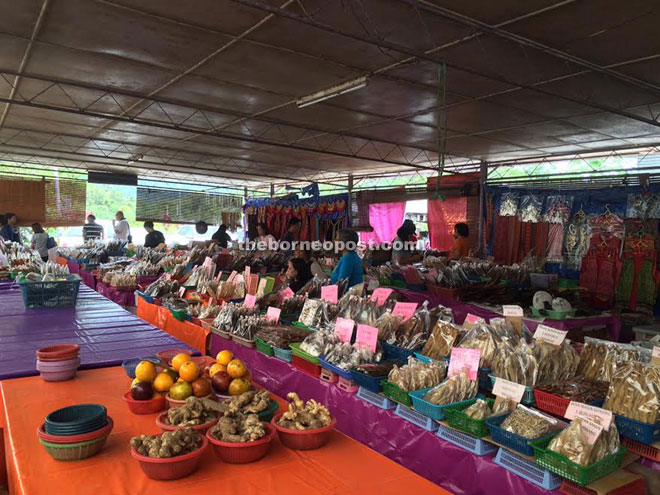 The Lachau Bazaar wet market which offers a wide array of products and jungle produce has become an important trading centre along the busy Kuching-Serian Road.

SRI AMAN: The sixth edition of the Borneo Post Adventure Team (BAT 6) kicked off yesterday morning with a fantastic start when it was launched ceremoniously by the general operations manager who is also editorial director of The Borneo Post Phyllis Wong and general manager of Sales Strategy and Planning of Isuzu Malaysia Yosuke Sagara at the Crown Towers in Kuching.

Having a clear vision and mission for the next 10 days or so, we headed straight to our first destination – Abok and Selantik coal mines. Along the way, the team stopped at Serian to get some drinking water as we had no plans to spend our time at the bustling town before proceeding to our destinations.

Prior to our journey yesterday, we had alerted Balai Ringin assemblyman Snowdan Lawan to get a clearance to visit the coal mines. The first coal mine located at Abok has now almost stopped its operation as the coal deposit has been exhausted. A mainland Chinese who is a worker there told my colleague Lian Chen that he and two other workers were now tidying up the area before the site is closed. According to him, at the peak of its operation the coal mine employed some 200 workers who were mainly from China.

After a brief stopover, we proceeded to Selantik. We had gotten some information as to where to turn along the Serian-Sri Aman road. But I overshot the junction to the Selantik coal mine as there was no proper signboard. The only indication of the coal mine were a few signboards telling traffic to slow down and to watch out for heavy vehicle crossings.

After we overshot the junction to the coal mine, we made a U-turn and entered a junction which we thought could lead us to the coal mine. After some doubts, Wilfred Pilo, a local resident, assured us that we had entered the right junction.

A few hundred metres into the road, we met a couple of strange looking foreigners, who happened to be North Koreans. We asked one of them, a woman maybe in her late 30s, for the location of the coal mine which is still operating. But she asked us our purpose of coming and we told her that we just wanted to have a look at the coal mine as it would be an interesting subject to write.

As journalists, we have the basic instinct of a good subject matter. And there and then, We knew we had got a good one. Then we drove to a cemented square in front of two rows of barracks. As we stopped our vehicle – the MU-X – a few strangers came charging at us. We had no clue what they were saying, but obviously they were speaking in Korean. As we tried to explain to them our purpose, more of them showed up. One of them rudely pointed to their site office.

At the office, we met a security guard and a general clerk – a pleasant Iban lady who spoke both Mandarin and English fluently. We told her of our purpose and she was very informative. It was from her that we knew that there are 49 North Koreans and a few Nepalis working at the coal mine.

While we were interviewing the Iban lady, the North Korean woman came charging and asked us to leave immediately as we did not have an authorisation letter. So we called Snowdan again and asked him to talk to the Korean woman. But she insisted that we should leave immediately and threatened to call in the police if we failed to listen to her command.

Feeling uneasy and sensing something unpleasant might happen, we decided that we should just leave.

After we had left the site, many questions popped in our minds such as ‘How is it that the locals do not know there are at least 49 North Koreans working and living in their midst?’ and ‘Why has the coal mine been operating so secretively and discreetly?’ We hope the authorities could shed some light on this.

Leaving Selantik, we headed to Pantu Bazaar where we met with Kapitan Lee Khin Onn and a few local leaders. He related to us how his father, a Hakka, and his companions came all the way from China and established the Pantu settlement before the Second World War.

According to him, the older generation Chinese here are all able to converse in Iban and the younger generation Ibans are now able to speak in Chinese dialects like Hakka, Cantonese and Teochew, besides Mandarin, as many of them studied at the local Chung Hua primary school.

So this explains why the Iban clerk at Selantik coal mine was able to speak so fluently in Mandarin.

After our late lunch at Pantu Bazaar, we visited the Sg Strap bridge, which was completed in 2012. The bridge has become an important link between Pantu Bazaar and at least 30 Iban longhouses. With the completion of a good network of logging roads that connect all the longhouses, their next hope is for the government to further improve the roads as they are prone to flooding.

We had a brief stopover at Lachau Bazaar where we incidentally met with Tan Sri William Mawan Ikom. After an exclusive interview with him, we headed straight to Sri Aman where we spent the night.