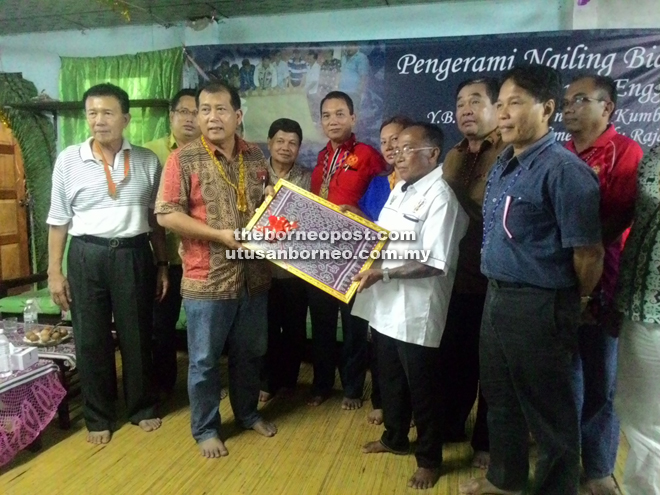 KAPIT: Work on the over 70km road from Nanga Sungai Mujong to Putai in Ulu Sungai Baleh has started and is expected to be completed in a few years time.

Officiating at a ‘ngiling bidai’ ceremony on Saturday at Rumah Panggau, in Nanga Kemali, Baleh, to signify the close of Gawai Dayak, Ugak said the road formed part of the SCORE (Sarawak Corridor of Renewable Energy) project.

The road would provide access to the proposed 1,285MW Baleh hydroelectric dam.

Ugak said he had also lobbied in Parliament for another road—from Nanga Mujong to Nanga Ga’at in Baleh.

He explained that the road from Nanga Sungai Mujong to Putai would be on the left hand side of Sungai Baleh while the one he requested (from Mujong to Nanga Ga’at) is on the right hand side of the same river.

On another matter, Ugak said the appointment of PRS president Tan Sri Datuk Amar Dr James Jemut Masing as a deputy chief minister and minister of infrastructure development and transportation was good for the people, especially the rural populace.

At the event, Ugak announced a RM3,000 grant for the longhouse’s Women’s Bureau to buy kitchen utensils.